The report, conducted by the Canadian Venture Capital and Private Equity Association (CVCA), looked at Canada’s VC and PE investments for the first quarter of 2019. VC data only included completed equity or quasi-equity venture capital deals. 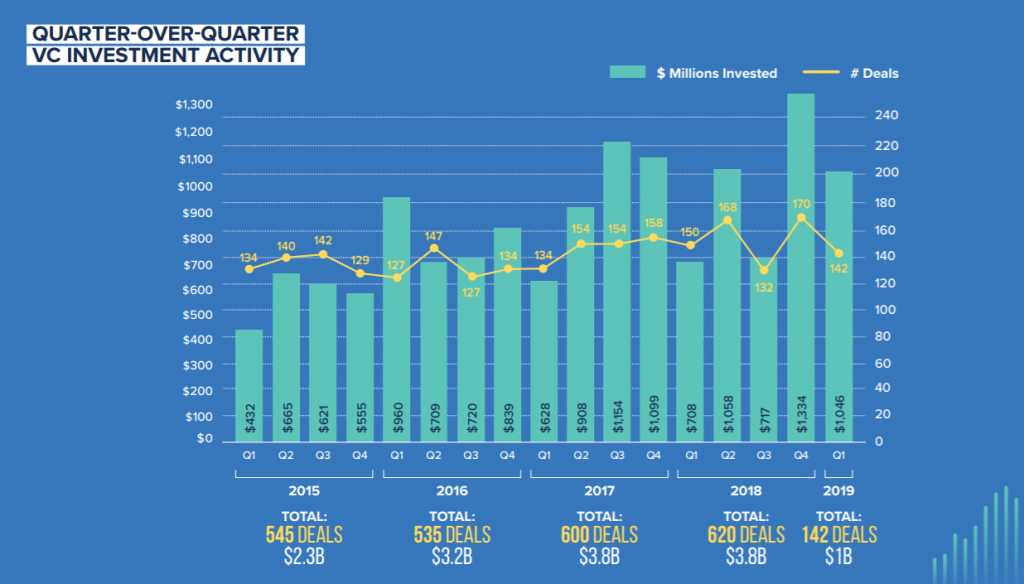 Most of the deals (54) were made in Ontario companies, followed closely by Quebéc, which saw 51 investments. However, on trend with previous years, Ontario-based companies received 46 percent ($481 million) of VC dollars, while Quebéc companies only received 19 percent ($198 million). BC companies saw only 18 deals, but received 17 percent ($173 million) share of investment dollars. 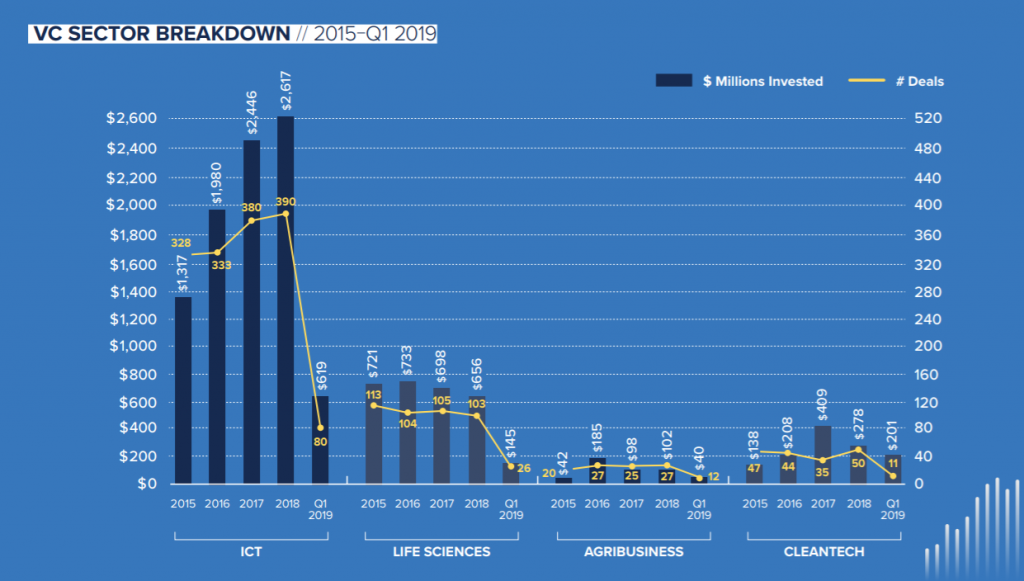 This quarter also saw Lightspeed make the largest (and only) Canadian tech IPO exit since 2017, listing on TSX with a market cap of $1.1 billion. After listing, price shares jumped by 18 percent on its first day of trading.

“It’s great to see continued momentum across the Canadian VC industry with this fifth billion-dollar quarter in less than 10 years,” said Kim Furlong, CEO at CVCA. “Lightspeed’s exit this quarter is another proud accomplishment for the industry. We will be keeping an eye on the exit environment throughout the remainder of 2019.”

The report also broke down the number and value of deals made between seed, early stage, later stage, and growth equity rounds. Later stage companies received almost half, or $493 million, of all investments, its largest share since 2014. Growth equity investments made up 13 percent of all deals.

Read all
Communitech: Ask Me Anything Sessions: Employing Parents in a Pandemic

Communitech: TrueNorthTV:...And the Winner is! Meet the Leaders Prize winner with David Stein

#VCs
StartUp HERE
PARTNERS
Tweets by startuphereTO
Tweets from @startuphereTO/suhto-partners
"Toronto is emerging as a technology hub and attracting increased investment, including ours, because of forward thinking government and amazing access to technology, an incredible talent pool and leading educational institutions, as well as industries and markets in healthcare and financial services.”

Graham Kelly, Vice-President, Global Operations & Toronto Site, Bombardier Aerospace
"Startups in Toronto benefit from support at every stage. From the very early stage we have incubators, accelerators and seed stage investors. In the growth stage, we have funders willing to invest a lot of money to really help a company take-off. This gives tech companies in Toronto a huge advantage.”
Allen Lau, CEO & Co-Founder, Wattpad
“I think it’s an attractive place to come for talented people, it's a huge market for creative people and I think there are some companies emerging that give people hope that it can be done here.”
Mike McDerment, CEO/Co-Founder, Freshbooks
“The scale and quality of meet-ups and conferences and speaking events have gone up dramatically. You don’t need to leave Toronto to build a successful company.”
Evgeny Tchebotarev, Co-Founder, 500px
"If you come to our studio and take a look at the people sitting around the table discussing ideas, they’re from almost every part of the world. I think it has really helped Umbra create an international style.”

Paul Rowan, Co-Founder and VP Inspiration, Umbra
“Something that makes Toronto truly unique is that willingness to share and communicate with people very openly inside the industry looking at the global pie as something we can all co-create and achieve together.”
Satish Kanwar, Director of Product, Shopify
/