When University of Waterloo student Zack Fisch broke his leg found himself in the emergency room, he had an otherwise normal visit — except when it came time to deal with the aftercare at home. After confusion with the nurse’s instructions — given while Fisch was medicated, stressed, and tired — Fisch developed a preventable complication and almost lost his leg.

“The truth is, that was the first real experience as an adult in the healthcare system outside of my doctor’s office, and that really piqued my interest in the space and the inefficiencies. I started speaking to patients that experienced the same range of emotions that I felt when I was going through the healthcare system,” Fisch said.

It was that experience that led Fisch to launch Toronto-based Dash MD, which has just raised a $500,000 funding round to continue growing its platform that helps patients better understand and manage their aftercare. Investors networks participating in the round include GTAN, Niagara Angel Network, Peterborough Regional Angel Network, along with third-party angels including Peter Jennings, one of the co-founders behind VisiCalc.

Dash MD’s platform works along three touchpoints of the patient care journey — patients, hospitals, and healthcare providers. Patients receive an aftercare card from their healthcare provider, which they select as an option on the Dash MD app including the full instructions for their aftercare, and information on follow-up services and products.

Hospitals work with the company to create custom plans and digitize whitepapers, while healthcare providers can provide their contact information that’s shared within relevant areas of the app so patients can discover them. 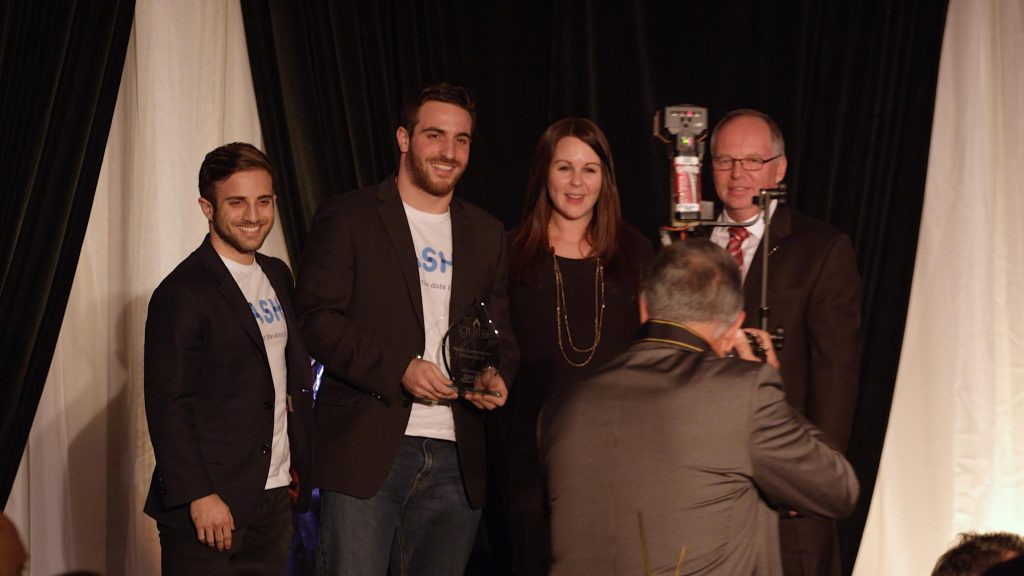 While Fisch thought that the company would mostly work within emergency care, he said that there’s been a lot of demand from many departments of the health care system. The company is currently live in nine hospitals across Ontario and has partnerships with 30 hospitals across the country; it’s also dedicating its funding round to expanding in the US through Scout MD, its American brand name.

“Care providers and patients are understanding of the fact that using pieces of paper and verbal instructions is a dated way to educate and engage your patients. We thought this was only going to be in hospitals, in emergency departments, but now we’re in maternity units, surgery units, we’ve gotten interest in mental health, and primary care,” he said.

While the app is free for patients, the company offers a ‘freemium’ model for care providers — meaning it includes ads from relevant healthcare providers — a paid premium solution with no ads, and a white-label solution tailored to each provider.

“They’re used to big bulky systems that take years to implement, and in some cases cost tens of millions,” Fisch said of the challenge of selling to the notoriously complex healthcare industry. To overcome that, the company tries to take a hands-on approach to speaking with potential clients, stressing the fact that it’s a technology that doesn’t get in the way.

“They’re used to big bulky systems that take years to implement, and in some cases cost tens of millions.”

“The frame of reference [they have] with technology is [that it’s] really difficult, takes a lot of time, and that it’s super expensive, so when we approach them, we try to sell them on the fact that this is super easy and light touch, and doesn’t get in the way. And that takes some convincing because their frame of reference is so different.”

An aging population is set to put a significant strain on Canada’s healthcare system; by 2020, government spending is expected to climb to $188.4 billion, with $94.8 billion used for the elderly, according to the Conference Board of Canada. Asked if a population that may not be as adept at technology was something they’d considered, Fisch said that the company was working on building accessibility features, such as font sizing accessibility, and said that tablet usage among elderly populations is “quite good” compared to mobile use.

“Anecdotally, when my grandmother was unwell, it wasn’t my grandfather or herself managing her care, it was my mom. That is a use case we see quite frequently in the healthcare system and quite frequently on Dash MD, so you’ll have younger children of older parents, or younger caregivers of an elderly individual that is managing their care for them,” Fisch adds.

In the past, DashMD has won the $25,000 prize at the Spark Centre Ignite competition, and recently received the $30,000 grand prize at the McMaster University’s Synapse Life Science Competition. On April 19, the company plans to make an announcement with the Waterloo Wellington Local Health Integration Network, which services 775,000 patients.

#Dash MD #HealthTech
StartUp HERE
Tweets by startuphereTO
“I think it’s an attractive place to come for talented people, it's a huge market for creative people and I think there are some companies emerging that give people hope that it can be done here.”
Mike McDerment, CEO/Co-Founder, Freshbooks
"Startups in Toronto benefit from support at every stage. From the very early stage we have incubators, accelerators and seed stage investors. In the growth stage, we have funders willing to invest a lot of money to really help a company take-off. This gives tech companies in Toronto a huge advantage.”
Allen Lau, CEO & Co-Founder, Wattpad
“Something that makes Toronto truly unique is that willingness to share and communicate with people very openly inside the industry looking at the global pie as something we can all co-create and achieve together.”
Satish Kanwar, VP of Product, Acceleration, Shopify
"If you come to our studio and take a look at the people sitting around the table discussing ideas, they’re from almost every part of the world. I think it has really helped Umbra create an international style.”