Home
Close Menu
Get Social with Us
Finaeo Raises $5.35 Million CAD to Help Create ‘the Amazon of the Insurance Industry’

Insurtech startup Finaeo announced today that it has raised $5.35 million CAD in funding, calling the raise an extension of its seed round.

The Toronto-based company closed on $2.25 million in 2017, bringing its total funding to date to $7.6 million. This funding round was led by FinTech focused VC, Luge Capital, with support from RGAX, “the transformation engine” of the Reinsurance Group of America, Rising Tide Fund, Inovia Capital, and angel investment led by AngelList partner, Alex Norman. The round also saw follow on investments from Impression Ventures and iGan Partners, both investing in Finaeo’s original seed round.

“How Amazon brings together the buying journey for different suppliers…we’re doing that same thing for insurance.”
CEO Aly Dhalla

Finaeo has created a front-end software platform for insurance advisors that helps with repetitive tasks, such as auto-filling applications. It also offers real-time application submission, adjudication, and application status of insurance claims. The company touts its product as “ground-breaking technology to help insurers digitize applications, create dynamic underwriting and automate legacy systems.” It focuses its product offering on the group benefits and the individual, voluntary insurance market.

Co-founder and CEO Aly Dhalla told BetaKit that the company’s mission is essentially to reduce the friction in the insurance industry and create easy ways for the policyholder (consumers), the agent, and the insurance companies to connect, giving them one system to operate on.

“Our biggest problem is customers not getting the experience they deserve, and everything we do is in service of trying to make a better customer experience,” Dhalla stated. “Think about how Amazon brings together the buying journey for different suppliers and makes it really simple for us to buy things, we’re doing that same thing for insurance.”

Finaeo, was founded in 2016 by Dhalla, as well as Donald Chu, now CCO. The company launched the beta of its digital assistant platform in early 2017, looking to provide insurance advisors with an AI-enabled digital assistant and sales coach informing advisors of upsell and cross-sell opportunities. 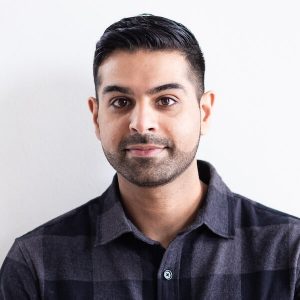 Since then Finaeo has grown to more than just a digital assistant, Dhalla told BetaKit. He noted that the company has built out its product in three stages. Stage one was making the advisor’s life easier, and consolidating as many firms as possible onto its platform. When it launched its beta, Finaeo was focused its product and marketing around digital assistants, chatbots, and automation to help lighten the workload of advisors. Stage two saw the company slowly start to move its messaging towards creating an integrated marketplace, or firm management system. Now, the startup is focusing its product offering and marketing strategy on integrating the insurance experience “from prospect to policy.”

Dhalla said the company plans to use its current funding to help with its marketing strategy, which to date has seen zero spend and has been completely organic. He noted that Finaeo is looking to pull together its branding and marketing as it begins to move into the US market, another big focus of its funding. Part of the $5.35 million will also go towards further developing its product and engineering, focusing on helping it solve deep product problems that come with integrating numerous, highly regulated insurance companies onto one platform.

Finaeo plans to start expanding into the US this year and helping it do that is investor RGAX. RGAX is a branch of the Reinsurance Group of America, one of the largest global life and health reinsurance companies, that helps limit the amount of loss an insurer can potentially suffer, by offering insurance for insurance companies. RGAX was founded in 2015, and works with insurers and other strategic partners to launch “forward-thinking businesses.”

Dhalla noted that RGAX’s investment in Finaeo is a strategic one and will help the startup with its expansion into the US market by helping connect it with its network of global companies. He said the two have already been working closely together and Finaeo is currently working on its first integration with a US insurance carrier. It plans to be operating in the US market by Q3 2019.

“As a Canadian-based company, you only have filter and lens on your backyard,” Dhalla stated. “[RGAX] is connected to market information on where to go, why to go there, and how to connect all the pieces of the puzzles globally, which is a knowledge set that frankly is hard to have from Toronto alone.”

“The reasons we are so attractive as an investment opportunity is Finaeo is the first…of its kind.”

“This is a worldwide problem, the insurance industry has been around for over a hundred years and their platforms are legacy, a lot of their processes are still very manual and very driven by pen and paper so this was an opportunity for us to dominate the world with a solution like Finaeo,” said Karim Gillani, general partner at Luge Capital.

Luge, has offices in Montreal and Toronto and closed a $75 million fund in the summer of 2018 focused on investing in FinTech startups. Gillani noted that Luge invests in companies that are trying to solve massive global problems and are timed appropriately to succeed in the market. He said that timing, backed by Finaeo’s strong team led by Dhalla and Chu, both with extensive experience in the insurance industry, has the startup set to win the market while solving a global problem.

Dhalla told BetaKit that it really doesn’t have any competitors in the market, either here in Canada or globally. He stated that other insurtech companies are working on digitizing different aspects of the industry but outside of German-based WeFox, which uses AI to connect consumers to advisors, Finaeo doesn’t have a pure competitor.

“One of the reasons we are so attractive as an investment opportunity is Finaeo is the first business model of its kind, where we’ve combined distribution tech, plumbing, and building the infrastructure stack,” Dhalla said.

#Finaeo #InsurTech
StartUp HERE
Tweets by startuphereTO
“I think it’s an attractive place to come for talented people, it's a huge market for creative people and I think there are some companies emerging that give people hope that it can be done here.”
Mike McDerment, CEO/Co-Founder, Freshbooks
“In Toronto, Bombardier manufactures business and commercial aircraft and relies on the diversified, local regional supply chain. We work with more than 70 suppliers located in the Greater Toronto Area and we benefit from a variety of expertise going from complex machining to systems integration.”

Dr. Ilse Treurnicht, Former CEO, MaRS Discovery District
“Something that makes Toronto truly unique is that willingness to share and communicate with people very openly inside the industry looking at the global pie as something we can all co-create and achieve together.”
Satish Kanwar, VP of Product, Acceleration, Shopify
“The scale and quality of meet-ups and conferences and speaking events have gone up dramatically. You don’t need to leave Toronto to build a successful company.”
Evgeny Tchebotarev, Co-Founder, 500px
"If you come to our studio and take a look at the people sitting around the table discussing ideas, they’re from almost every part of the world. I think it has really helped Umbra create an international style.”