As new forms of mobility like autonomous vehicles, ridesharing, and ‘last mile’ transportation become more common, the question of how the auto industry will react is an open one.

Recently, BetaKit hosted an event in partnership with mobile car auction platform TradeRev to provide insight into how the industry—startups, manufacturers, insurers, sellers and technologists—is thinking about the future of AutoTech. The conversation was hosted at TradeRev’s new 41,000 square foot office in downtown Toronto.

In the video below, Ted Graham, head of open innovation at GM; Mark Endras, CTO of TradeRev; Ryan Spinner, head of innovation at Aviva Canada; and Dr. Holly Gardner, senior project manager at NXM Technologies share their perspectives on how buying, driving, and using cars is changing for Canadians.

Endras said new technologies are changing how consumers view ownership, as people become less interested in long-term ties to the vehicles they own. “I don’t think long-term leases are in the future, I think people want to be able to change their cars more frequently,” Endras said. “You see this happening with manufacturers, they are starting to provide options for subscriptions in Canada…I definitely see a trend to consumers wanting less commitment.”

For auto manufacturers, selling cars to individuals is no longer the default. Speaking from GM’s perspective, Graham noted that the manufacturer recently launched Maven peer-to-peer, a service that allows GM owners to include their car in a ridesharing fleet to make extra money. He said that the same expectations that have been established in homesharing will come to owning a car. 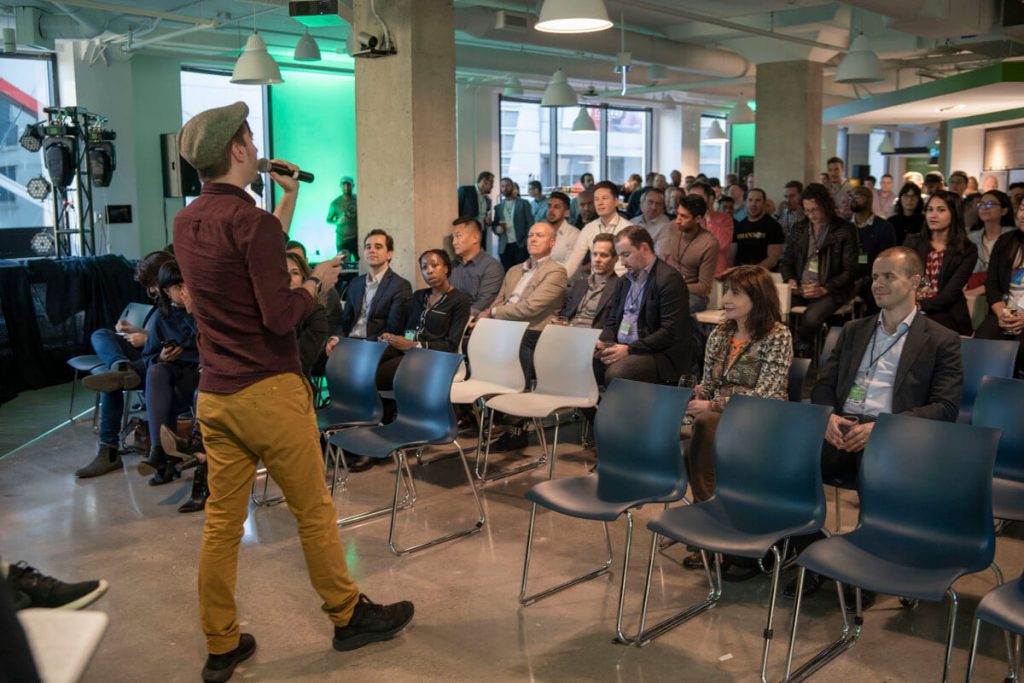 “When I talk to people about owning versus renting homes, I talk to people who are actually looking at condos based on, ‘is that extra room something I can rent out on Airbnb?'” he said. “So why will our cars be any different? Will we be looking at manufacturers as technologies that enable this in the future?”

“I talk to people who are actually looking at condos based on, ‘is that extra room something I can rent out on Airbnb?’ So why will our cars be any different?”
– Ted Graham, GM

While the concepts of buying and owning automobiles are evolving, so too is the reality of who is behind the wheel. Many autonomous vehicle creators envision a “crash-free” society, forcing the insurance industry to think about how it must adapt to the new realities of non-human drivers. Spinner indicated that the new model must take into account the changing ways people get around beyond just the car.

As tech changes how we think about transportation, Gardner noted that it’s important to prepare now for new problems that could arise in the future. As smart vehicles get on the road, there will still be older vehicles that don’t have the same capabilities—and the ‘smart’ vehicles could be left vulnerable if not developed properly.

“People may decide that they want to switch their car more frequently, but that doesn’t change the fact that those cars are going to be on the road for a decade or more. Technology changes, as you know, so rapidly,” said Gardner. “We need to consider where technology will be in 10 years. So you start thinking about 5G and where quantum computing is going, and then you start thinking about the security that you have for your personal data in the car and for your safety under those circumstances. Quantum has the capacity to break the current devices that we have, and the cryptography within them. So we need to think about having technology in place so we can update some of those vehicles.”

Watch the full conversation below:

Register for a chance to attend Web Summit in Lisbon

Getting a crash course in resilience

#Automotive #Autotech #Aviva Canada #General Motors #Maven #NXM Technologies #TradeRev
StartUp HERE
Tweets by startuphereTO
"A culture of collaboration is really at the heart of what’s next in innovation. What’s exciting in Toronto is that we have local and international businesses partnering with the startup ecosystem and increasingly with the academic community to position themselves for success in the future. And it’s happening across the spectrum from digital media and information technology, to life sciences and healthcare, energy solutions and social innovation.”

Paul Rowan, Co-Founder, Umbra
“I think it’s an attractive place to come for talented people, it's a huge market for creative people and I think there are some companies emerging that give people hope that it can be done here.”
Mike McDerment, CEO/Co-Founder, Freshbooks
“The scale and quality of meet-ups and conferences and speaking events have gone up dramatically. You don’t need to leave Toronto to build a successful company.”
Evgeny Tchebotarev, Co-Founder, 500px
/