The HackerYou College of Technology has announced it has been accepted to Y Combinator’s summer 2019 batch, months after adopting a new Income Share Agreement (ISA) tuition model.

HackerYou founder Heather Payne will be travelling to the US to participate in the Silicon Valley accelerator, which officially begins June 4. She told BetaKit the college applied to join YC because she wanted HackerYou to be a part of a “major transformation and disruption” in higher education. With the rise of student debt, Payne said she sees students not getting value for their money at traditional institutions and envisions HackerYou as one of the few big winners to emerge as schools are debating their current business models.

The HackerYou Web Development Immersive bootcamp is a full-time, nine-week program for prospective web developers. HackerYou was one of the first coding bootcamps in Ontario to be approved by the Ministry of Advanced Education and Skills Development to operate as a registered Private Career College.

In April, HackerYou announced it would begin offering ISAs as a tuition payment option for students enrolling in its Web Development Immersive Bootcamp. It was the first in Canada to do so, hoping an ISA model will bring more talent to southern Ontario’s tech sector. Some US-based coding schools in the US had already similar payment options, such as Lambda School, App Academy, and General Assembly.

Students who choose an ISA will only have to pay one dollar up front. Once a graduate is earning $50,000 per year or more, they then pay HackerYou a percentage of their income for two years to pay off tuition. The way the model operates, however, could mean that graduates end up paying 85 percent more than the standard tuition cost, more than double what they’d be paying without an ISA.

Despite that fact, Payne said HackerYou has seen five times as many applicants in the first two weeks since implementing the ISA model, and she expects that number to grow.

“I think that HackerYou before ISAs would not have been accepted to [YC] because it just wasn’t a big enough market,” Payne said. “Suddenly, we went from being a niche solution to a problem to being potentially something that a lot of people, maybe thousands and thousands of people a year, could come to.” 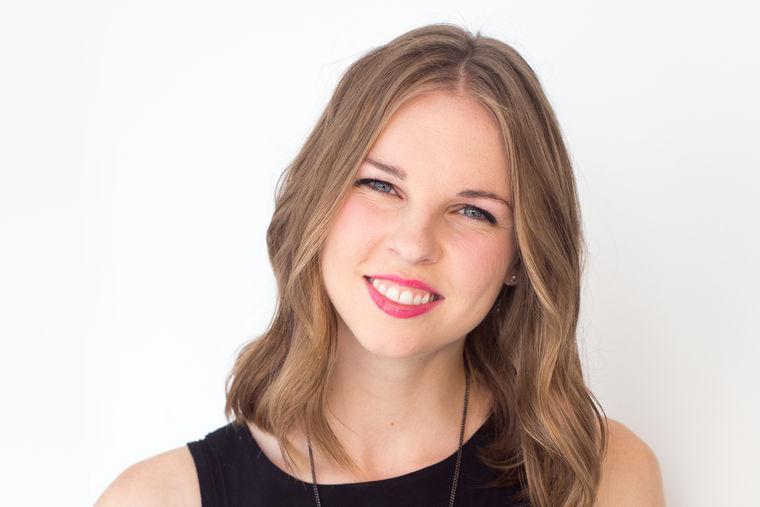 Payne, who founded HackerYou in 2012, a year after founding Ladies Learning Code (now Canada Learning Code), said the organization does not have a board of directors or advisors. Being bootstrapped from day one meant HackerYou did not have a great deal of access to mentorship early on, Payne argued. She stated her excitement that YC will expose HackerYou to new capital and mentorship she can use to further scale HackerYou.

While Payne said HackerYou is not anticipating any specific funding rounds, it should be expected that the school will raise in the near future. As part of participating in YC, the accelerator invests $150,000 on a post money SAFE that converts on future fundraising to 7 percent of the company; YC ostensibly invests on the expectation that companies will raise future rounds.

Secondly, pursuing a business model where students don’t pay until after graduation requires upfront capital and a significant amount of funding to scale. At the beginning of the year, in fact, fellow ISA school, Lambda, raised $30 million USD in a Series B funding round with participation from YC. It was also accepted into the accelerator in 2017 following its decision to adopt the ISA model, quickly raising $4 million USD in seed and a $14 million USD Series A.

“Our long-term strategic goal is to compete with other top-tier post-secondary institutions in Canada like the University of Toronto, Waterloo, and Western, and we are so excited that we can take proactive steps toward providing an innovative alternative to an expensive and time-consuming four-year degree,” Payne stated.

The founder also noted that in light of its efforts to challenge higher institutions, HackerYou will be rebranding, with a new name and logo to be launched in August. The head office, located in downtown Toronto, will also undergo renovations and the company will be adding 10 to 20 new staff positions by the end of the year. Despite HackerYou’s new Silicon Valley connection, the company has not disclosed any plans to expand into the US.

“We are thrilled to have access to world-class support and advice through Y Combinator as we scale,” HackerYou said in a statement. “We anticipate income share agreements will majorly disrupt the higher education industry over the next decade.”

#HackerYou #Y Combinator
StartUp HERE
Tweets by startuphereTO
“The scale and quality of meet-ups and conferences and speaking events have gone up dramatically. You don’t need to leave Toronto to build a successful company.”
Evgeny Tchebotarev, Co-Founder, 500px
"If you come to our studio and take a look at the people sitting around the table discussing ideas, they’re from almost every part of the world. I think it has really helped Umbra create an international style.”

Graham Kelly, Vice-President, Global Operations & Toronto Site, Bombardier Aerospace
“Something that makes Toronto truly unique is that willingness to share and communicate with people very openly inside the industry looking at the global pie as something we can all co-create and achieve together.”
Satish Kanwar, VP of Product, Acceleration, Shopify
“I think it’s an attractive place to come for talented people, it's a huge market for creative people and I think there are some companies emerging that give people hope that it can be done here.”
Mike McDerment, CEO/Co-Founder, Freshbooks
"Startups in Toronto benefit from support at every stage. From the very early stage we have incubators, accelerators and seed stage investors. In the growth stage, we have funders willing to invest a lot of money to really help a company take-off. This gives tech companies in Toronto a huge advantage.”
Allen Lau, CEO & Co-Founder, Wattpad
"A culture of collaboration is really at the heart of what’s next in innovation. What’s exciting in Toronto is that we have local and international businesses partnering with the startup ecosystem and increasingly with the academic community to position themselves for success in the future. And it’s happening across the spectrum from digital media and information technology, to life sciences and healthcare, energy solutions and social innovation.”