Home
Close Menu
Get Social with Us
Mike Shaver Joins integrate.ai as CTO

Shaver, who grew up in Ottawa, has 25 years of experience in the Silicon Valley tech ecosystem. He’s acted as VP of technical strategy at Mozilla—where he stayed for six years—and director of engineering at Facebook from 2011 to 2016. Shaver returned to Canada in 2016 to take on a role at Real Ventures, where integrate.ai was his first investment.

“Mike has a history of building the most successful consumer tech products that are being used today by billions of people and millions of businesses, including Firefox for Mozilla and the core mobile apps for Facebook. So there is no better person to help us scale,” said Steve Irvine, CEO of integrate.ai.

“We really want the things that integrate are doing that are unique now around privacy and ethics to be the normal bar.”
– Mike Shaver

integrate’s platform plugs into customers’ systems of engagement to help them focus business resources and budget where they can have the greatest impact. In addition to Shaver, integrate.ai has also brought on former Nymi CEO Karl Martin as VP operations. Martin left Nymi as CEO in April this year, taking on the integrate role in September. Blue Ant Media’s former global vice president of human resources Rachel Jacobson will now act as the company’s VP people.

“There’s a lot of hype in the AI space, but integrate.ai is unique in delivering clear and measurable value for its enterprise customers, while also staying true to its values with respect to privacy and ethics,” said Martin. “With this solid foundation, I saw a great opportunity for me to help take the early wins of a young company and repeat them at scale without compromising on what makes it special.” 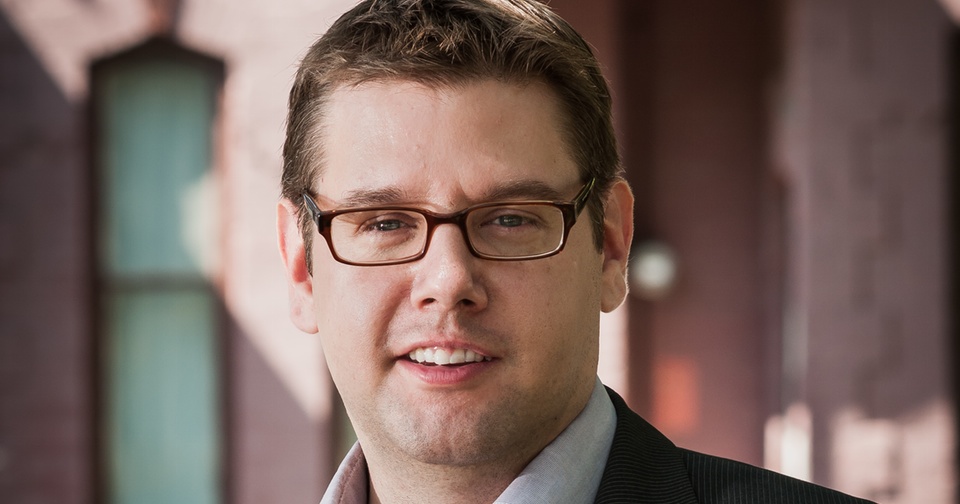 Speaking with BetaKit about joining integrate.ai, Shaver indicated the company is in a position to grow. integrate raised a $39 million Series A in September 2018 with plans to expand its operations and client base to the US.

“What Toronto’s been able to do is establish itself as a world-class player, especially, but not exclusively, in AI. A place that is unapologetic about being where people should be attracted to on a global basis and not just the best place in Canada,” Shaver said of the Canadian tech ecosystem’s progress since he returned. “They’re really starting to be aggressive in repatriating or importing people of global caliber into this ecosystem.”

Shaver also said that integrate’s push for the building of ethical AI also attracted him to the company. The company brought on Vector Institute co-founder Richard Zemel as an advisor to explore the question of building AI without algorithmic bias and better protecting consumer data. As the Cambridge Analytica scandal opened the floodgates to criticism for how tech companies use customer data, Shaver said more businesses are thinking about how to get value out of data while protecting customers.

“We really want the things that integrate are doing that are unique now around privacy and ethics to be the normal bar, and I want to look back in five or ten years and say, this is how these things became what was expected of people and the default way of interacting with customer data,” said Shaver. For its part, integrate launched a whitepaper focused on the responsible use of AI in consumer enterprise, and has a dedicated trust team led by VP of strategy Kathryn Hume.

It’s not uncommon for VCs to end up taking roles within their investments, but Shaver becomes the third GP to leave a Canadian VC firm this year, along with John Ruffolo at OMERS and Kent Thexton at SUV. Shaver, however, had stepped back from his role over the summer.

Speaking on behalf of Real Ventures, partner Janet Bannister was supportive of the transition.

“Mike is a brilliant leader with tremendous technical knowledge. The Real Ventures team was very supportive and happy for him when he decided to join integrate.ai as their first CTO,” she said. “integrate.ai is at the growth stage where they will benefit from a strong CTO and Mike is a perfect fit for the role and joins a very strong leadership team.”

#AI #Integrate.ai
StartUp HERE
Tweets by startuphereTO
"If you come to our studio and take a look at the people sitting around the table discussing ideas, they’re from almost every part of the world. I think it has really helped Umbra create an international style.”

Paul Rowan, Co-Founder, Umbra
"Startups in Toronto benefit from support at every stage. From the very early stage we have incubators, accelerators and seed stage investors. In the growth stage, we have funders willing to invest a lot of money to really help a company take-off. This gives tech companies in Toronto a huge advantage.”
Allen Lau, CEO & Co-Founder, Wattpad
“Something that makes Toronto truly unique is that willingness to share and communicate with people very openly inside the industry looking at the global pie as something we can all co-create and achieve together.”
Satish Kanwar, VP of Product, Acceleration, Shopify
"A culture of collaboration is really at the heart of what’s next in innovation. What’s exciting in Toronto is that we have local and international businesses partnering with the startup ecosystem and increasingly with the academic community to position themselves for success in the future. And it’s happening across the spectrum from digital media and information technology, to life sciences and healthcare, energy solutions and social innovation.”

Dr. Ilse Treurnicht, Former CEO, MaRS Discovery District
“I think it’s an attractive place to come for talented people, it's a huge market for creative people and I think there are some companies emerging that give people hope that it can be done here.”
Mike McDerment, CEO/Co-Founder, Freshbooks
“The scale and quality of meet-ups and conferences and speaking events have gone up dramatically. You don’t need to leave Toronto to build a successful company.”
Evgeny Tchebotarev, Co-Founder, 500px
“In Toronto, Bombardier manufactures business and commercial aircraft and relies on the diversified, local regional supply chain. We work with more than 70 suppliers located in the Greater Toronto Area and we benefit from a variety of expertise going from complex machining to systems integration.”