The $100 million credit facility came from Silicon Valley Bank (SVB) and i80 Group, the latter of which is a “specialty finance firm” that provides capital to FinTech and Proptech companies.

The financing follows the initial launch of Properly’s home buying service in the Greater Toronto Area (GTA) and Ottawa, in August.

Properly is a tech-enabled realty brokerage that allows people to buy a new home using their current home’s equity, before having to list the original home on the market.

Anshul Ruparell, co-founder and CEO of Properly, told BetaKit that since launching last month, Properly has seen strong interest in its offering. He stated that thousands of homeowners in Toronto alone have started working with Properly, many of which, he claimed, have already bought and sold homes.

It was this influx in interest, the CEO stated, that prompted Properly’s need to secure the $100 million credit facility. The financing will be used to help Properly purchase homes from its customers.

“We want to ensure that we were in a position to actually satisfy [the] demand [for Properly] and having access to a greater pool of capital was necessary for us to do that,” said Ruparell.

The $100 million comes in the form of a warehouse facility, which are loans typically provided to mortgage lenders, allowing the borrower to access the capital anytime it is needed to purchase a property. 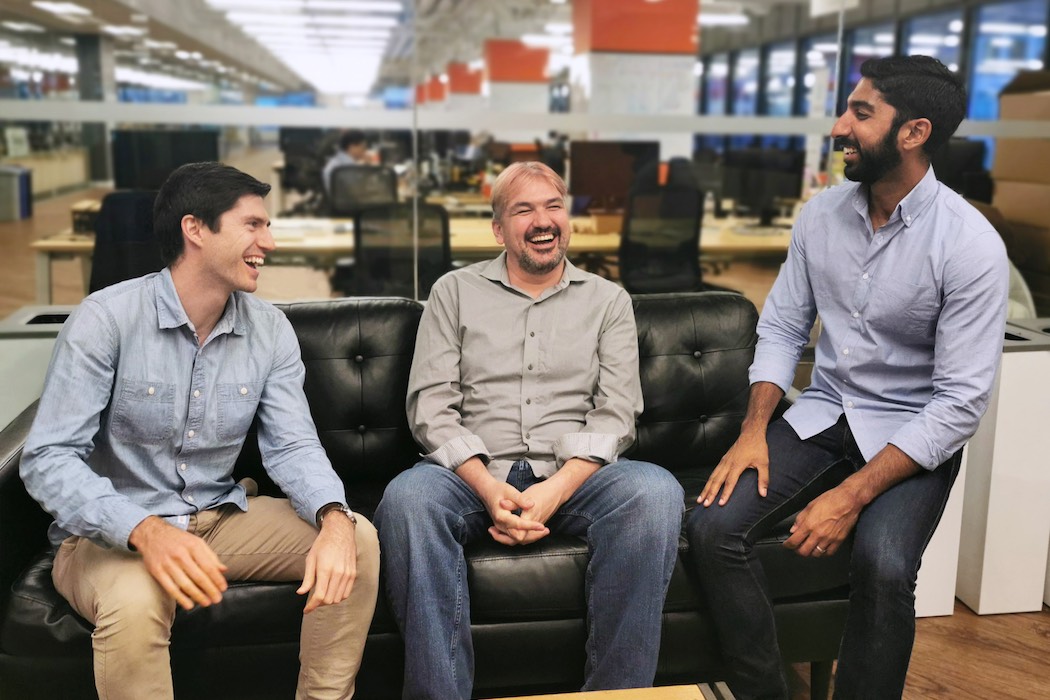 Properly’s offering works by the startup guaranteeing the purchase of a seller’s home through what Properly calls “a backup offer,” assessed using its prediction technology. Properly is able to “unlock” up to a maximum of $2 million in a homeowner’s existing home equity to be used towards the purchase of their next home. The seller is then able to take that offer to a financial institution, which treats the offer like cash and gives the seller the financing needed to purchase a new home. Individuals are then able to buy, and even move into, their new home prior to the original house being sold.

The $100 million in capital essentially works as a safety net for Properly in the event that it is required to buy homes. The 90-day grace period, however, provides the early-stage company a decent amount of leeway, as, on average, the amount of time that a Toronto home remains listed on the market is just 15 days.

Ruparell did not provide details on the length of the credit facility, though he stated that the capital will support the startup’s growth “for quite some time.”

The financing comes at a time when the Proptech market is seeing a surge in interest, represented, in part, by the recent popularity of San Francisco-based real estate tech company Opendoor.

Much like Properly, Opendoor makes cash offers to property sellers through an online process, improves and repairs the properties, and relists them for sale. The tech startup is in the process of going public through a merger that is set to give Opendoor a $4.8 billion valuation. Zillow, which is considered the main competitor to Opendoor, has also reportedly seen its shares triple within the last month alone, attributed to a booming housing market in the US.

Properly is looking to take advantage of the growing interest in transactional Proptech services brought about by companies like Opendoor and Zillow, while forging its own path focused on buying and selling homes in Canada.

“We want to be a trusted advisor to our customers across the entire purchase and sale journey.”

He called the success of Properly’s American counterparts, however, “a clear sign” that markets in both the US and Canada are ripe for change.

SVB may serve to be useful to Properly in its goal to disrupt the real estate market, as the bank was one of the original backers of Opendoor.

Christian added that SVB sees that same opportunity in Canada and views Properly’s offering as a revolutionary approach to real estate transactions.

While the $100 million credit facility is solely to support the purchase of homes, Properly is also backed with $22 million in Series A financing, raised in 2019. Its investors include the likes of Airbnb backer FJ Labs and Golden Ventures.

The company’s Series A backing was used to support its team and geographic expansion. Currently, Properly provides its home buying service in the GTA and Ottawa, but aims to be Canada-wide. In addition to its home buying service, Properly also provides free products, such as an online home estimate tool and online listings. Prior to the August launch of its main offering, Properly launched its free tools in Calgary.

Outside of its geographic expansion, Properly also has its sights set on becoming a full-suite Proptech company that eliminates a variety of issues typically associated with a home sale, such as untimely house showings and expensive repairs.

“We want to be a trusted advisor to our customers across the entire purchase and sale journey,” said Ruparell. “Over time, we believe there are opportunities to further support our customers as they obtain financing, insurance, and even customize their new home to their taste before they move in.”

The CEO stated that Properly’s ultimate goal is to become an intermediary between homeowners and service providers spanning agents, inspectors, appraisers, banks, contractors, and more.

How Sitti won over consumers with products that support refugees

#Properly
StartUp HERE
Tweets by startuphereTO
"If you come to our studio and take a look at the people sitting around the table discussing ideas, they’re from almost every part of the world. I think it has really helped Umbra create an international style.”