ince closing its $95 million first fund in 2017, Round13 Capital has stayed out of the limelight, eschewing the public exposure adopted by most Canadian venture firms.

Today, Round13 announced two new funds, bringing the Canadian venture firm to over $325 million in capital under management.

With 40 percent of Founders Fund yet to be deployed, Fund II will co-invest, allowing Round13 to cut cheques in the $5-10 million range.

With approximately 40 percent of Founders Fund yet to be deployed, Fund II will look to co-invest, allowing Round13 to cut larger cheques in the $5-10 million range and finance companies it would not have been able to support previously. Five of Round13’s 14 portfolio investments, which include companies like TouchBistro, Bold Commerce, and Hubdoc, have been co-investments.

Croxon told BetaKit that it was early returns in Hubdoc, which exited to Xero for $70 million USD in 2018, and TouchBistro, through a partial secondary in the company’s $158 million Series E round, that led LiUNA to approach Round13 about spinning up a second fund earlier than usual.

“That caught the eye of a couple of the chartered banks plus some strategics that weren’t able to get into Fund I and back us,” Croxon said. 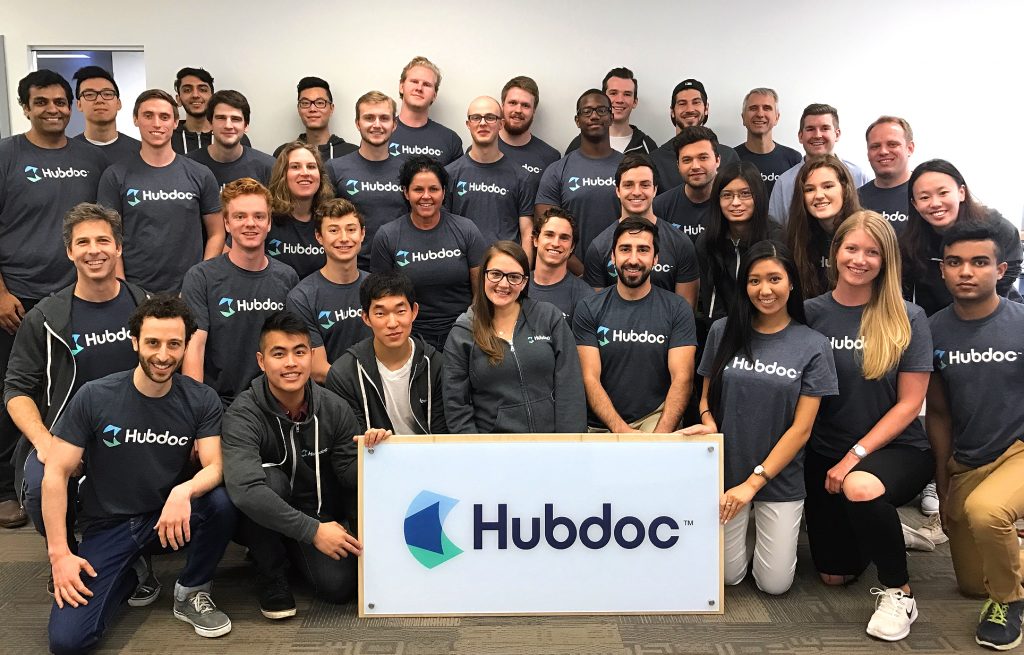 Hubdoc and TouchBistro were two of Round13’s first investments.

While LiUNA committed approximately one-third of Founders Fund’s investment capital, Croxon noted that the majority of the fund was strategics and high-net-worth individuals, which Croxon said reflected the difficulty of raising a fund without an institutional track record.

“I’m a life-long operator that had some success as an angel investor, but it was my first time leading a fund on a formal basis,” Croxon said. “I think they, rightly so, looked at me initially skeptically. You know, ‘does Dragons’ Den qualify?’ But we stuck with it.”

While Round13’s network of strategic and high-net-worth investors came about through necessity rather than “strategic vision,” Croxon said it has also become the firm’s “biggest strategic asset.” Round13 gets better deal sourcing through its network, and can also tap individuals and strategics with relevant experience to support companies through specific hurdles.

“Why when we get a company going, rocking and rolling, do we have to send it to the Valley?”

It’s that lesson that led the firm to nab Sanjiv Samant for its Round13 Growth fund, which has launched with a $100 million first closing. With over 25 years of technology and investment banking experience at National Bank, Canaccord, RBC, and CIBC, Sanjiv has advised a wide variety of late-stage Canadian growth companies on M&A, IPO and raising capital.

“He’s spent his career at that stage, where companies are positioning for exit, but need some capital and some reengineering,” Croxon said.

Round13 Growth has a final target of between $150-$200 million, with an aim of supporting 5-10 deals in the $20 million range. LiUNA and those two unnamed Canadian charter banks also led as LPs in Round13 Growth; Croxon confirmed with BetaKit that Samant’s CV would not be where you’d find the names of limited partners in the fund, including National Bank, which was an LP in Founders Fund, but is currently not committed to either new fund.

The launch of a late-stage fund to operate alongside smaller venture funds is a recent development in Canadian VC, with iNovia notably taking a similar approach last year. According to Croxon, the trend is a reflection of Canada’s evolving tech ecosystem, with repeat entrepreneurs, a growing talent pool.

“Why when we get a company going, rocking and rolling, do we have to send it to the Valley?” he asked.

The question reflects the desire of a homegrown entrepreneur-turned-investor eager for the capacity to support Canadian companies along every stage of growth. But the motivation isn’t entirely altruistic; Croxon noted a frustration over the last three years with being forced to pass on deals because of the required check size.

“Instead of just passing it along we wanted to take advantage of it.”

Not joking around: Toronto stand-up comedians experiment with NFTs

#Hubdoc #LiUNA #Round13 #TouchBistro #VCs
StartUp HERE
Tweets by startuphereTO
“Something that makes Toronto truly unique is that willingness to share and communicate with people very openly inside the industry looking at the global pie as something we can all co-create and achieve together.”
Satish Kanwar, VP of Product, Acceleration, Shopify
"Startups in Toronto benefit from support at every stage. From the very early stage we have incubators, accelerators and seed stage investors. In the growth stage, we have funders willing to invest a lot of money to really help a company take-off. This gives tech companies in Toronto a huge advantage.”
Allen Lau, CEO & Co-Founder, Wattpad
“In Toronto, Bombardier manufactures business and commercial aircraft and relies on the diversified, local regional supply chain. We work with more than 70 suppliers located in the Greater Toronto Area and we benefit from a variety of expertise going from complex machining to systems integration.”

Paul Rowan, Co-Founder, Umbra
“I think it’s an attractive place to come for talented people, it's a huge market for creative people and I think there are some companies emerging that give people hope that it can be done here.”
Mike McDerment, CEO/Co-Founder, Freshbooks
/