Toronto-based Sampler has announced the close of a $3 million CAD Series A round, led by BDC’s Women in Tech fund, Shipfusion, and an unnamed strategic investor. Factory LLC and Standup Ventures also participated in the round, along with follow-on funding from Freycinet Ventures and MaRS IAF.

The new round brings the consumer packaged goods (CPG) sampling startup’s total to $6.3 million CAD, which had previously come through in dribs and drabs over the last five years: $645,000 in late 2014 (eventually topped-up to $1 million), $1 million from L’Oréal and Founders Factory in 2016 (Sampler was then selected to their beauty tech accelerator in 2017), and a few convertible notes along the way.

“[Five years ago] every investor or consumer packaged good brand looked at me like I had three eyes.”

Sampler founder and CEO, Marie Chevrier, told BetaKit that the slow drip of funding reflects the pains of building a business in an emerging category.

“When I started Sampler five years ago, product sampling online was this thing where every investor or consumer packaged good brand looked at me like I had three eyes,” she said.

Sampler works with CPG companies like L’Oréal, Unilever, Nestlé, and Henkel to create and manage product sampling programs to generate engagements like consumer trials and online reviews. These programs require Sampler to physically deliver products to consumers at a 1:1 level, something that is both expensive and difficult to scale.

So the company has stayed “very lean” according to Chevrier, and built itself slowly through customer revenue. The result has been an expansion to 18 different countries, with offices in Chicago and New York, and many of those original customers as strategic investors (Shipfusion, for example, is Sampler’s e-commerce fulfillment partner). In the past year, Sampler has run 20 different programs across 10 brands and 6 countries with L’Oréal alone.

Five years in, Chevrier still believes that “product sampling will become one of the most important advertising units in the next few years,” as consumers grow weary of social media-fuelled retargeting campaigns and brands seek direct customer relationships to stand out in a saturated media market. The reason why Sampler’s investors and target clients now agree is simple: Amazon. 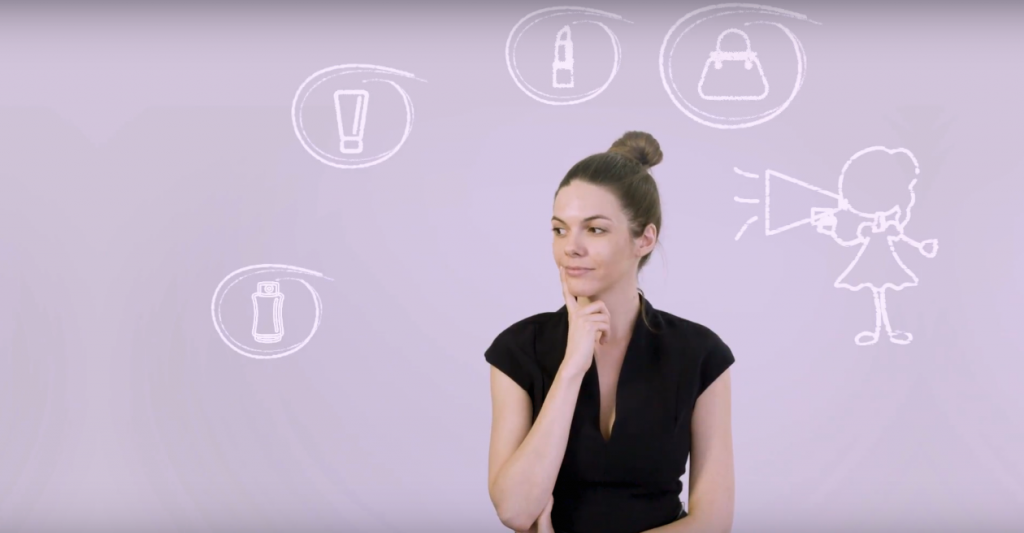 Earlier this year, word got out that Amazon had been quietly testing a sampling program for brands like Folgers and (L’Oréal’s) Maybelline based upon what the retail giant knows its customers are likely to buy. Given Amazon’s scale, the program has the potential to drive huge awareness for CPG brands, but on Bezos’ terms.

“If I’m a consumer packaged goods brand right now, literally everyone’s eating my lunch,” Chevrier said. “It’s a retailer like Amazon taking most sales online and also creating private label brands. It’s a retailer like Walmart offline putting my product beside a private label brand at a lower cost. And then I’m freaked the hell out about emerging brands that are creating net-new categories that didn’t exist before. So consumer packaged goods companies can’t innovate fast enough.”

Chevrier said that the most important concern for these CPG brands is developing a direct-to-consumer channel and “that’s what Sampler does.” The founder also said the company’s Series A came together in a matter of days following the Amazon news.

Of course, that puts the 15-person startup in direct competition with one of the world’s largest tech companies. But Chevrier seemed unconcerned.

“If we hadn’t been working on this day in and day out for five years, I’d probably be literally shitting my pants right now,” she said. “But the announcement was the best day of my life— we finally had the market validation from somebody we knew the industry would trust.”

One competitive advantage the company has is privacy. Sampler bet early on GDPR and transparency features, which are a boon for both of the company’s target users: brands know that Sampler can manage their GDPR policies on the platform (Sampler holds the data), and customers have a transparent mechanism to manage their opt-in or opt-out relationships with specific brands and products, unlike social networks like Facebook. Sampler is also selling its tech to platforms like Snapchat with digital reach but no interest in handling fulfillment.

At the end of the day, however, it may simply be enough for CPG brands that Sampler is the industry’s alternative to Amazon.

“Amazon can have Amazon,” Chevrier said. “We’ll have the other top ten.”

Read all
Communitech: The Future (of Work) is Now: Adapting for Change

Communitech: Ask Me Anything Sessions: The Virtual Interview

Communitech: Ask Me Anything Sessions: Regain Business Momentum with CORE Leadership Through COVID-19 & Beyond

#Sampler
StartUp HERE
PARTNERS
Tweets by startuphereTO
Tweets from @startuphereTO/suhto-partners
"Toronto is emerging as a technology hub and attracting increased investment, including ours, because of forward thinking government and amazing access to technology, an incredible talent pool and leading educational institutions, as well as industries and markets in healthcare and financial services.”

Paul Rowan, Co-Founder and VP Inspiration, Umbra
“Something that makes Toronto truly unique is that willingness to share and communicate with people very openly inside the industry looking at the global pie as something we can all co-create and achieve together.”
Satish Kanwar, Director of Product, Shopify
“I think it’s an attractive place to come for talented people, it's a huge market for creative people and I think there are some companies emerging that give people hope that it can be done here.”
Mike McDerment, CEO/Co-Founder, Freshbooks
"A culture of collaboration is really at the heart of what’s next in innovation. What’s exciting in Toronto is that we have local and international businesses partnering with the startup ecosystem and increasingly with the academic community to position themselves for success in the future. And it’s happening across the spectrum from digital media and information technology, to life sciences and healthcare, energy solutions and social innovation.”

Dr. Ilse Treurnicht, CEO, MaRS Discovery District
“The scale and quality of meet-ups and conferences and speaking events have gone up dramatically. You don’t need to leave Toronto to build a successful company.”
Evgeny Tchebotarev, Co-Founder, 500px
“In Toronto, Bombardier manufactures business and commercial aircraft and relies on the diversified, local regional supply chain. We work with more than 70 suppliers located in the Greater Toronto Area and we benefit from a variety of expertise going from complex machining to systems integration.”