Yesterday, Techstars hosted the Demo Day for its first-ever Toronto cohort showcasing their progress and refined pitches after participating in the global accelerator.

Techstars announced that it was entering Canada via Toronto back in March 2017. “The Toronto-Waterloo/Kitchener startup market is full of innovation, mentors and capital – the exact ingredients for a successful accelerator,” said David Brown, founder of Techstars, at the time of the announcement.

Hosted at the Glenn Gould studio, the Demo Day brought together investors, media, and the general tech community to look at what the 10 companies have been working on over the past three months. According to the Financial Post, four of the 10 founders in this cohort hail from outside Canada, including China, the US, the Netherlands, and Ukraine. 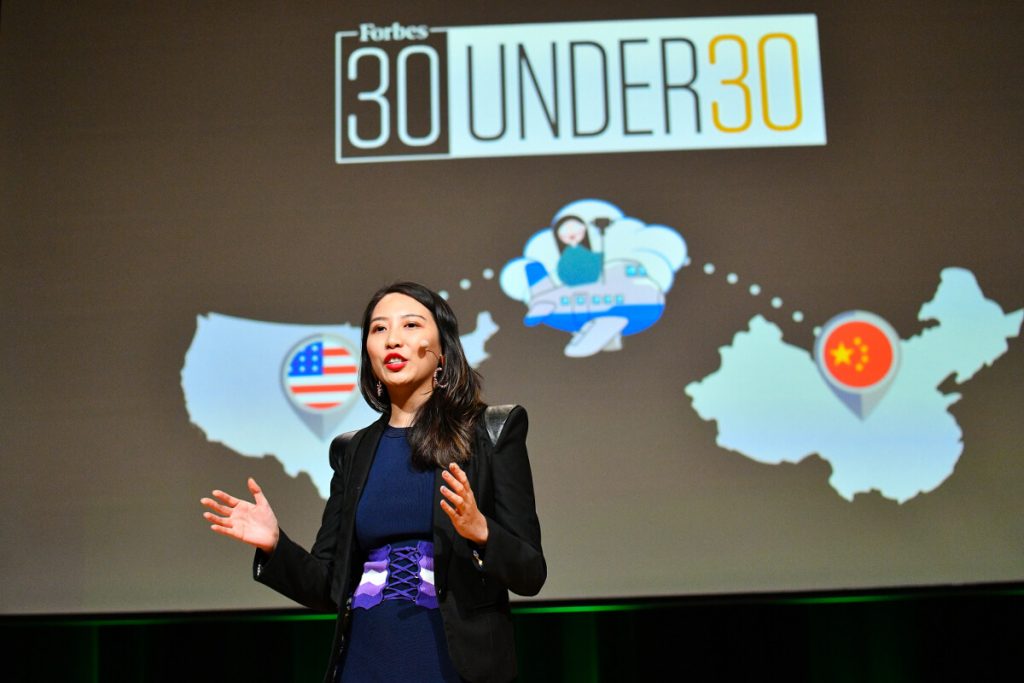 A pitch on stage by LumiereVR

“It’s just the beginning of their journey as they go out into the world, raise capital, build incredible businesses,” said Brown, who hails from Techstars’ Boulder, Colorado headquarters. “Companies that have been through Techstars, they raise on average approximately $2 million immediately post-Demo Day. In total, they’ve raised a total of $5 billion, which is a stat we’re particularly happy about because that’s not us saying they’re great, that’s other investors voting with their chequebooks.”

Brown also added that 80 percent of Techstars companies are still in business, 140 companies have had exits, and 10 percent have failed.

As the first Canadian-based Demo Day for the US-based accelerator, it was fascinating to see the contrast between the calibre of pitches and style of this event compared to similar Canadian-based demo days. Often, an innovation hub’s demo days at home feel more grassroots and informal, with little to no stage production besides a Powerpoint presentation.

“These 10 Toronto companies now have an advantage that other startups simply do not have.” – Sunil Sharma

However, it was clear that Techstars was looking to create a new standard of spectacle from homegrown counterparts. With a dedicated stage, flashing lights in Techstars green, and a strong presence of investors, the tone and style was more reminiscent of something you’d see in the Valley over downtown Toronto (only Montreal-based FounderFuel’s Demo Day consistently matches the level of spectacle in Canada).

Before each pitch, mentors and investors — including Tulip Retail founder Ali Asaria, Faktory Ventures founder Candice Faktor, and Universe founder Craig Follett — would talk to the audience about why they were involved with the company, with the goal of adding credibility to the founders who all walked on with dedicated entrance music.

These are not the pitches of yesterday. Alanna nailed it and @Flipd_app is growing quickly. Fabulous start to #TSdemoday #TSToronto @techstars pic.twitter.com/swC36mD2CE

“Techstars Toronto is a horizontal program, meaning the companies can be from any industry vertical,” said Sunil Sharma, managing director of Techstars Toronto. “That’s what made this class so stimulating as we had companies disrupting most of the critical new sectors of today: artificial intelligence, digital wellness, virtual reality, enterprise software, FinTech, food technology, digital identity and blockchain. These sectors are fast moving and crowded, and what Techstars has done is reduce the decision-making risk for both investors and corporate customers as these 10 companies are now seen at the top.”

The cohort has already attracted attention, with at least three startups — Wisk, Tread, and Distributed ID — confirmed to be actively raising funding, and two of those three acknowledging capital already committed. For participating in the program, all companies received $100,000 USD in a convertible note and $20,000 USD in exchange for a six percent equity stake.

“Techstars has an incredible track-record of selecting and investing in the world’s best technology companies, and investors worldwide know this and believe this,” said Sharma. “With a massive global network of Techstars program, mentor CEOs, corporate partners and alumni companies, these 10 Toronto companies now have an advantage that other startups simply do not have.”

This won’t be the last time Canada gets the Techstars treatment. Last month, Techstars announced that it was launching a Montreal accelerator focused on AI companies with Real Ventures, and the accelerator is also running a real estate focused program in Toronto.

Those who would like to watch a full recording of the Demo Day can do so here.

#cinchy #demo day #Distributed ID #Elmy #Flipd #Flow.AI #KitchenMate #LumiereVR #Senso.ai #Techstars #Tread #WISK
StartUp HERE
Tweets by startuphereTO
“The scale and quality of meet-ups and conferences and speaking events have gone up dramatically. You don’t need to leave Toronto to build a successful company.”
Evgeny Tchebotarev, Co-Founder, 500px
"Startups in Toronto benefit from support at every stage. From the very early stage we have incubators, accelerators and seed stage investors. In the growth stage, we have funders willing to invest a lot of money to really help a company take-off. This gives tech companies in Toronto a huge advantage.”
Allen Lau, CEO & Co-Founder, Wattpad
"A culture of collaboration is really at the heart of what’s next in innovation. What’s exciting in Toronto is that we have local and international businesses partnering with the startup ecosystem and increasingly with the academic community to position themselves for success in the future. And it’s happening across the spectrum from digital media and information technology, to life sciences and healthcare, energy solutions and social innovation.”

Graham Kelly, Vice-President, Global Operations & Toronto Site, Bombardier Aerospace
“I think it’s an attractive place to come for talented people, it's a huge market for creative people and I think there are some companies emerging that give people hope that it can be done here.”
Mike McDerment, CEO/Co-Founder, Freshbooks
“Something that makes Toronto truly unique is that willingness to share and communicate with people very openly inside the industry looking at the global pie as something we can all co-create and achieve together.”
Satish Kanwar, VP of Product, Acceleration, Shopify
"If you come to our studio and take a look at the people sitting around the table discussing ideas, they’re from almost every part of the world. I think it has really helped Umbra create an international style.”