Dessa, a Toronto-based startup that builds machine learning applications, has been acquired by Square.

While terms of the deal have not been disclosed, Dessa will continue to operate under its brand and will maintain its headquarters in Toronto. Square stated that, through the deal, Dessa’s team of engineers will bolster its machine learning and artificial intelligence capabilities.

Dessa, formerly, DeepLearni.ng, was founded in 2016, and according to its company website ‘got its start’ by building machine learning applications for “some of the world’s largest companies.” The company has progressed over the years, building a suite of tools for machine learning development and production. Dessa’s stated that it collaborates with organizations in areas like healthcare, astronomy, and education “to use machine learning to tackle some of the biggest issues we’re facing today.”

This deal marks only the second Canadian acquisition for Square. In 2015, Square bought Kili Technology, a Toronto-based startup specializing in silicon, electronic, and software design for improvement payment processing.

In a blog post regarding the acquisition, Dessa co-founder and co-CEO Stephen Piron wrote that by “joining forces” with Square, the two organizations will build machine learning applications for financial services.

“We had three big motivations when we started Dessa. The first was to take what was possible with AI to its limits,” said Piron. “[In 2016] the technology was new to industry but starting to build momentum, and inspiration abounded. We made the most of riding on this wave.”

A founding partner of Toronto’s Vector Institute, Dessa’s total funding consists of $9 million, which was raised in the form of a Series A round in September 2017. 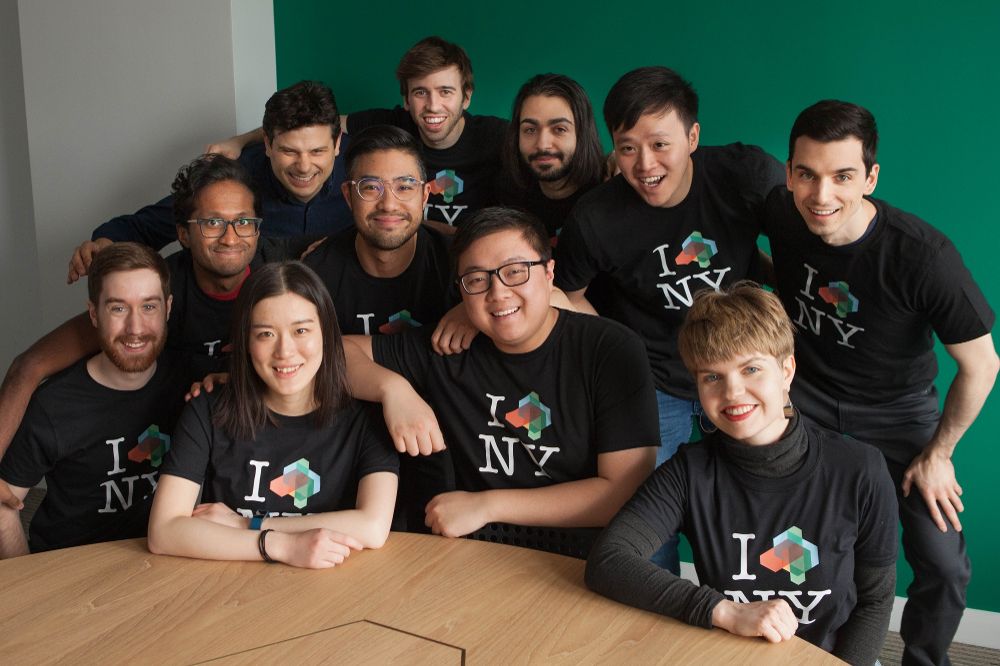 Dessa currently has more than 30 employees, with a second office in New York City.

“Joining Square allows us to continue to evolve what’s possible with applied machine learning, and double down on our commitment to doing so,” the CEO explained.

Dessa’s second motivation for starting the company, according to Piron’s blog post, was to use artificial intelligence to change financial services “for the better.” He noted that Dessa first approached this by building deep learning for big banks. In 2017, the company partnered with Scotiabank to develop credit card payment systems.

“The work we did made an impact, but we knew it had its limits.”

“The work we did made an impact, but we knew it had its limits,” Piron wrote. “From day one, Square has been a champion of economic empowerment for people who might otherwise be left behind by traditional financial institutions. We’re excited to build new tools and products with machine learning at Square that will make finance easier for customers around the world.”

It was also noted in the blog post that Dessa had not planned on an acquisition, but connected with Square “in a serendipitous way” and recognized a crossover of Square’s mission and vision with Dessa’s own.

Square, which is a global payments company offering all-in-one mobile credit and debit machines, has been working to expand its machine learning capabilities through in-house development as well as acquisitions. In 2019, Square acquired San Francisco AI company Eloquent Labs.

While Piron noted that there will be some changes for Dessa, Square stated that the Dessa team will continue working out of its Toronto, “with no immediate changes to their existing products, customers, or business operations.”

Piron is set to stay on in his role as CEO, leading the Dessa team along with fellow co-founders Eric Kin-Ho Lee (co-CEO), Vince Wong (COO), and Ragavan Thurairatnam (head of machine learning).

#Dessa #Machine Learning #Square
StartUp HERE
Tweets by startuphereTO
“In Toronto, Bombardier manufactures business and commercial aircraft and relies on the diversified, local regional supply chain. We work with more than 70 suppliers located in the Greater Toronto Area and we benefit from a variety of expertise going from complex machining to systems integration.”

Graham Kelly, Vice-President, Global Operations & Toronto Site, Bombardier Aerospace
“Something that makes Toronto truly unique is that willingness to share and communicate with people very openly inside the industry looking at the global pie as something we can all co-create and achieve together.”
Satish Kanwar, VP of Product, Acceleration, Shopify
“The scale and quality of meet-ups and conferences and speaking events have gone up dramatically. You don’t need to leave Toronto to build a successful company.”
Evgeny Tchebotarev, Co-Founder, 500px
"If you come to our studio and take a look at the people sitting around the table discussing ideas, they’re from almost every part of the world. I think it has really helped Umbra create an international style.”

Dr. Ilse Treurnicht, Former CEO, MaRS Discovery District
"Startups in Toronto benefit from support at every stage. From the very early stage we have incubators, accelerators and seed stage investors. In the growth stage, we have funders willing to invest a lot of money to really help a company take-off. This gives tech companies in Toronto a huge advantage.”
Allen Lau, CEO & Co-Founder, Wattpad
“I think it’s an attractive place to come for talented people, it's a huge market for creative people and I think there are some companies emerging that give people hope that it can be done here.”
Mike McDerment, CEO/Co-Founder, Freshbooks
/