Alumni and current companies of Velocity have officially raised more than $1 billion CAD in venture capital since the University of Waterloo-connected incubator was launched 11 years ago.

Over that time period, more than 131 companies that have gone through or are currently participating in the incubator have raised venture funding.

Jay Shah, Velocity’s director, called the milestone an example of what the incubator brings to the table in helping to build the Kitchener-Waterloo startup ecosystem.

From residence to incubator

Velocity was originally founded in 2008, as what Shah called a “dorm program” to help University of Waterloo students connect with other entrepreneurs. What began as a small residence started by students grew into the 37,000 square foot Velocity Garage, an incubator which has helped support more than 300 companies, launching the likes of Kik, Vidyard, and North.

“It’s a testament to both the founders’ efforts and our ability to amplify our founders.”
– Jay Shah, Velocity

In 2011, the incubator, along with alumnus Ted Livingston, launched the Velocity Fund Finals competition for startups in the Velocity program to compete for grants and entry into the Velocity Garage. At the beginning of 2019, Velocity announced plans to provide direct funding support to its startups, launching an AngelList-powered fund to let investors make equity investments. 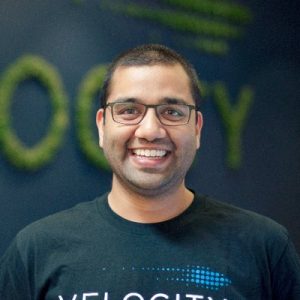 Velocity has also evolved its incubator programming, in the past year, pointing back to the organization’s roots. In September, it launched a new pre-incubator program aimed at University of Waterloo students, Concept, replacing all existing Velocity-branded offerings on campus with more tailored programming for startups and founders.

“In light of the fact that our scope of activity has grown over that decade-plus, we wanted to make sure that stakeholders were specifically called out, specifically served for their needs,” Shah said of supporting both the student and entrepreneurial communities Velocity currently works with.

Shah, who joined as director in 2016, told BetaKit that over the decade-plus Velocity has accumulated three key “hard and painfully learned” takeaways: the incubator is more thoughtful about its approach to identifying viable startup opportunities, has made capital opportunities available to its community, and created a culture dedicated to showing what is possible.

One billion by the numbers

The rounds that put Velocity over the edge were the recent raises of wholesale marketplace startup Faire and Waterloo-founded (but San Francisco-based) self-driving tech startup Embark Technologies.

Faire, which was co-founded in Canada and San Francisco, and maintains an engineering office in Waterloo, closed $150 million USD in Series D funding in October. As the startup is co-founded by California-based Max Rhodes and Daniele Perito, formerly of Square, and is headquartered in the Valley, the Series D did not make headlines in Canada. However, the dollar amount puts it among a growing number of Canadian startups raising massive funding rounds.

After participating and launching out of Y Combinator (YC), Faire co-founder and CTO, Marcelo Cortes, participated in Velocity’s incubator, growing the startups engineering team there for six months post-YC. With the Series D, Faire’s total funding to date is $351,907,800 CAD, making it the most-funded startup of all Velocity’s alum.

Embark Technologies is also one of the top Velocity startups based on total investment amount, with a recent $70 million USD Series C bringing its total funding to $153,002,068. North, Kik, and Vidyard round out the top five companies with the highest amount of funding. 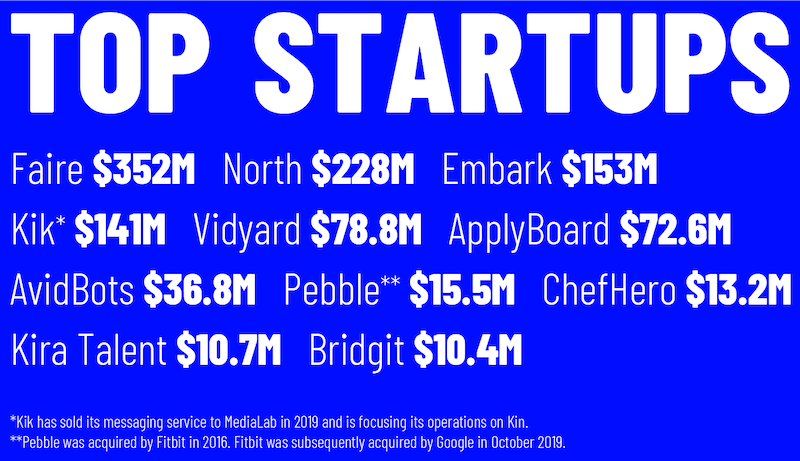 The Velocity companies having raised the most amount of funding. Source Velocity.

Waterloo-based North, the creator of Focals smart glasses, has raised the second-highest amount of funding of any Velocity company after factoring in a $40 million USD debt financing round reported by The Globe and Mail earlier this year. At the time, North CEO and co-founder Stephen Lake confirmed to The Globe that the company had raised capital but did not confirm the amount. Velocity’s numbers do not include North’s SIF financing, however, which was suspended following the layoff of 150 employees in February.

The most funded companies based on type of technology were marketplace technologies (29 percent), with Faire making up a significant portion of that. Hardware tech accounted for 24 percent, followed by SaaS (17 percent), AI (14 percent), mobile apps (11 percent), healthtech (2 percent), advanced materials (1 percent), and ‘others’ accounting for 1 percent.

Other notable Velocity alums include: Pebble, which was founded in the early days of Velocity and eventually sold to Fitbit for $30 million CAD; Applyboard, which raised a $55 million Series B in May; ChefHero; Kira Talent; AvidBots, which raised $31.5 million CAD earlier this year.

“When you have wins like a North or a Faire, or Applyboard, or AvidBots, or Bridgit, it shows students and recent grads what the world of possibility is and the ceiling just isn’t known until somebody gets close to it,” Shah said.

“Until a few years ago, [I don’t think] anyone would have thought that we [would] have a company in the wearable category here leading the world and augmented reality raised over 100 million dollars,” he added, referencing North. “I think culturally, we’ve really stepped up the bar of what ambitious students or ambitious aspiring entrepreneurs are shooting for.” 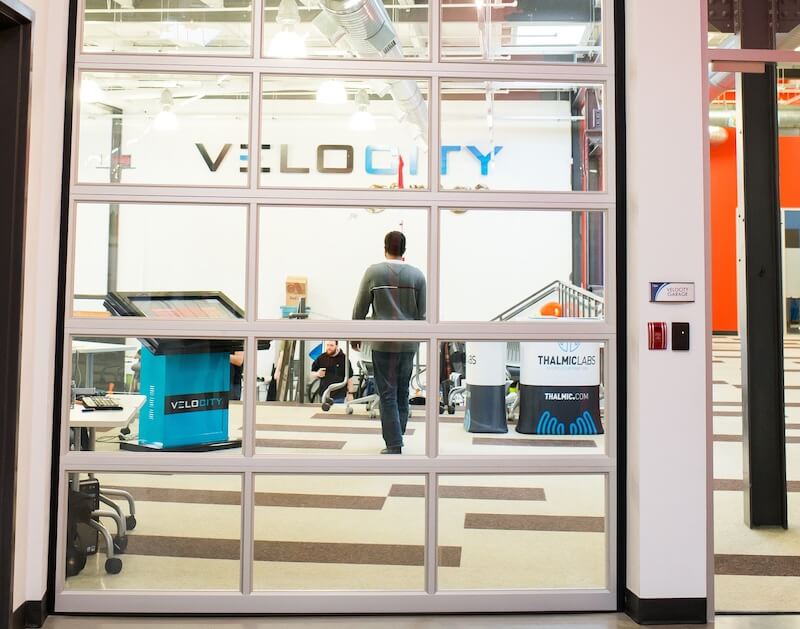 “That’s part of why we want to highlight this milestone, [because] this is a place that you can get your capital from all around the world, to fuel your ambitions,” said Shah.

The $1.25 billion funding announcement comes as the University of Waterloo released a report along with Deloitte noting that startup companies from its entrepreneurship programs (including Velocity) have generated more than $2 billion in revenue and around 7,500 jobs over the past 10 years. The report found that Velocity and Accelerator Centre (of which the University of Waterloo was also a co-founder) companies generated $170 million to Canada’s GDP in 2018/19.

Shah noted the ecosystem is starting to see the realization of the decade long investment that Velocity and the likes of the University of Waterloo have made.

“We have sown all those seeds, founder[s] and startup companies have been sowing those seed to scale for a while,” he said. “So I’m really excited for the next couple years because I think that speed and that pace of value creation is just going to pick up exponentially.”

#ApplyBoard #Avidbots #Chefhero #Faire #Kira Talent #Pebble
StartUp HERE
Tweets by startuphereTO
“Something that makes Toronto truly unique is that willingness to share and communicate with people very openly inside the industry looking at the global pie as something we can all co-create and achieve together.”
Satish Kanwar, VP of Product, Acceleration, Shopify
“I think it’s an attractive place to come for talented people, it's a huge market for creative people and I think there are some companies emerging that give people hope that it can be done here.”
Mike McDerment, CEO/Co-Founder, Freshbooks
"Startups in Toronto benefit from support at every stage. From the very early stage we have incubators, accelerators and seed stage investors. In the growth stage, we have funders willing to invest a lot of money to really help a company take-off. This gives tech companies in Toronto a huge advantage.”
Allen Lau, CEO & Co-Founder, Wattpad
"If you come to our studio and take a look at the people sitting around the table discussing ideas, they’re from almost every part of the world. I think it has really helped Umbra create an international style.”