Graduate degrees in genetics and bioethics, as well as an MBA in corporate finance, led Chia Chia Sun to a career as a pharmaceutical executive, working largely in the field of cancer drug development. Yet it was when she turned her attention to women’s vaginas that this senior scientist found her calling.

Today she’s on the leading edge of women’s health science, speaking out about issues and developing goods and services once considered taboo—or not given much thought at all in the male-dominated healthcare market.

“As women, we have different experiences than men, and we should take those and create new products,” says Sun, founder and CEO of Damiva Inc. in Toronto, which makes natural vaginal lubricants for menopause and perimenopause. “We don’t just need women scientists, we need to capitalize on our distinctiveness as women.”

Women are cleaning up in the “unmentionables” market

While statistics show that women continue to be underrepresented among graduates in science, technology, engineering, mathematics and computer science—the so-called STEM fields—startups led by female scientists and entrepreneurs are pushing boundaries where men may fear to tread. Their practical products and savvy campaigns in a booming healthcare vertical known as “unmentionables” are part of a global women’s health market estimated at $31 billion U.S. in 2016 and expected to top $42 billion by 2023.

Frustrated at the lack of effective natural products to treat vaginal dryness, Sun developed feminine moisturizers called Mae and Cleo, landing major contracts with pharmacy and health-food chains across the U.S. and Canada with her edgy marketing campaign. “Enough beating around the bush,” it declares. “Let’s talk about your vagina.”

Joanna Griffiths is another pioneer. The former entertainment publicist earned an MBA and then founded Knix Wear Inc. in 2012 after a conversation with her physician mother about the prevalence of stress-related incontinence.

The skinny on underwear: It’s a profitable business

One women in three has the embarrassing problem, yet Griffiths could find no products that address it, especially from what she calls “overly sexualized” popular lingerie companies. Knix Wear began with a line of leak-proof absorbent underwear, then expanded into bras for different uses and life stages. Now it is now moving on to other intimate apparel; the company is on track to take in more than $40 million in revenue this year. 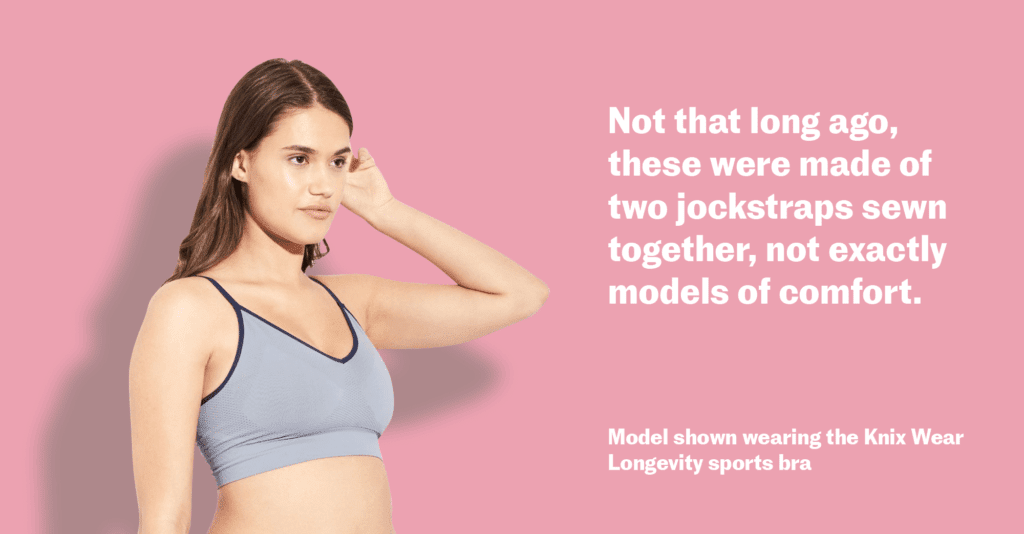 For example, Knix Wear is working with York University to develop the first new testing protocol since the 1990s for sports bras. (Not that long ago, these were made of two jockstraps sewn together, not exactly models of comfort.) “We always start with the problem and then engineer a solution,” Griffiths says.

A dearth of women has dogged science and tech for years. Last fall, TD Economics reported that women account for just one in five engineering grads and one in four from university math and computer science programs.

Layering on the female perspective

This disparity can keep the full scope of human health from being addressed. A recent study published in the journal Nature Human Behavior found that having fewer women researchers means that teams are less likely to consider gender and sex differences among participants in their research projects.

These sorts of findings have raised a cry to make STEM education more attractive to young girls, but Chia Chia Sun feels that technical capabilities can come in a more holistic and informal way. Indeed, her own teen daughters are focused on political science and business, but their interests also include coding, tech marketing and product innovation.

“It’s important to motivate and train women to be curious … but I don’t believe that every woman needs to go out and get a science degree,” Sun says. “We should be incorporating STEM, design and innovation into curriculums for young women. If they can develop a technical advantage, even through learning some science on their own, and then you layer on the female perspective, that’s super powerful.”

Need a science degree to work in science? Not always.

Consider the career path of Jessica Ching, co-founder and CEO of Eve Medical Inc. The company began in 2010 after Ching graduated from OCAD University in Toronto as an industrial designer. She had focused on design in healthcare, and then found a target market for what she’d learned—the shocking number of women who aren’t checked for cervical cancer, often because they have time and work constraints, cultural barriers or find the experience uncomfortable.

Today the company makes Eve Kit, a home screening platform for women to collect their own samples to test for common infections like HPV, which can lead to cervical cancer, and chlamydia and gonorrhea, which can lead to pelvic inflammatory disease and infertility. 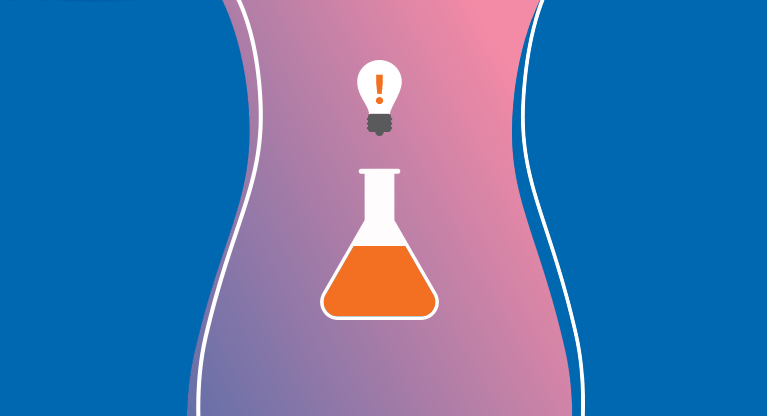 “I’m not from STEM,” Ching says, “but a lot of what we’ve done in our company is putting together clinical trials to evaluate our product, to demonstrate it, to work with healthcare organizations and doctors and researchers.

“So, I guess it’s possible that I’ve become a STEM person.”

Regardless of the path they took to build their companies, these entrepreneurs are having a big impact on women’s lives.

“This is exactly why our story resonates with women,” she adds. “We are putting control over a significant health condition back into their hands.”

And in this case, says Jessica Ching, it only stands to reason that women take the lead. “When you develop a product that is intimate, it’s important to be able to gather feedback in an honest way,” she says. “Because I relate to women and we experience similar things, it’s a lot easier for them to talk to me.”

Joanna Griffiths sees the trend as a double victory. As well as serving the needs of women, it proves they can do more than just build “nice lifestyle” businesses. “We are capable of creating companies that fundamentally improve people’s lives.”

Still, even as government, academe and industry pull out the stops to foster greater interest among women in STEM and entrepreneurism, Chia Chia Sun identifies one tool she says is pivotal but underutilized: mentoring.

“There are so many secrets that older women keep to themselves, that they’re not sharing,” she says. “I think that having these conversations with younger women will help. It would definitely affect how our upcoming generation thinks about the sciences.”

#Damiva #Eve Medical #Knix Wear #Resilia
StartUp HERE
PARTNERS
Tweets by startuphereTO
Tweets from @startuphereTO/suhto-partners
"Startups in Toronto benefit from support at every stage. From the very early stage we have incubators, accelerators and seed stage investors. In the growth stage, we have funders willing to invest a lot of money to really help a company take-off. This gives tech companies in Toronto a huge advantage.”
Allen Lau, CEO & Co-Founder, Wattpad
“The scale and quality of meet-ups and conferences and speaking events have gone up dramatically. You don’t need to leave Toronto to build a successful company.”
Evgeny Tchebotarev, Co-Founder, 500px
“I think it’s an attractive place to come for talented people, it's a huge market for creative people and I think there are some companies emerging that give people hope that it can be done here.”
Mike McDerment, CEO/Co-Founder, Freshbooks
"Toronto is emerging as a technology hub and attracting increased investment, including ours, because of forward thinking government and amazing access to technology, an incredible talent pool and leading educational institutions, as well as industries and markets in healthcare and financial services.”

Dr. Rick Huijbregts, Vice-President, Industry Transformation, Cisco Canada
“In Toronto, Bombardier manufactures business and commercial aircraft and relies on the diversified, local regional supply chain. We work with more than 70 suppliers located in the Greater Toronto Area and we benefit from a variety of expertise going from complex machining to systems integration.”

Paul Rowan, Co-Founder and VP Inspiration, Umbra
“Something that makes Toronto truly unique is that willingness to share and communicate with people very openly inside the industry looking at the global pie as something we can all co-create and achieve together.”
Satish Kanwar, Director of Product, Shopify
"A culture of collaboration is really at the heart of what’s next in innovation. What’s exciting in Toronto is that we have local and international businesses partnering with the startup ecosystem and increasingly with the academic community to position themselves for success in the future. And it’s happening across the spectrum from digital media and information technology, to life sciences and healthcare, energy solutions and social innovation.”