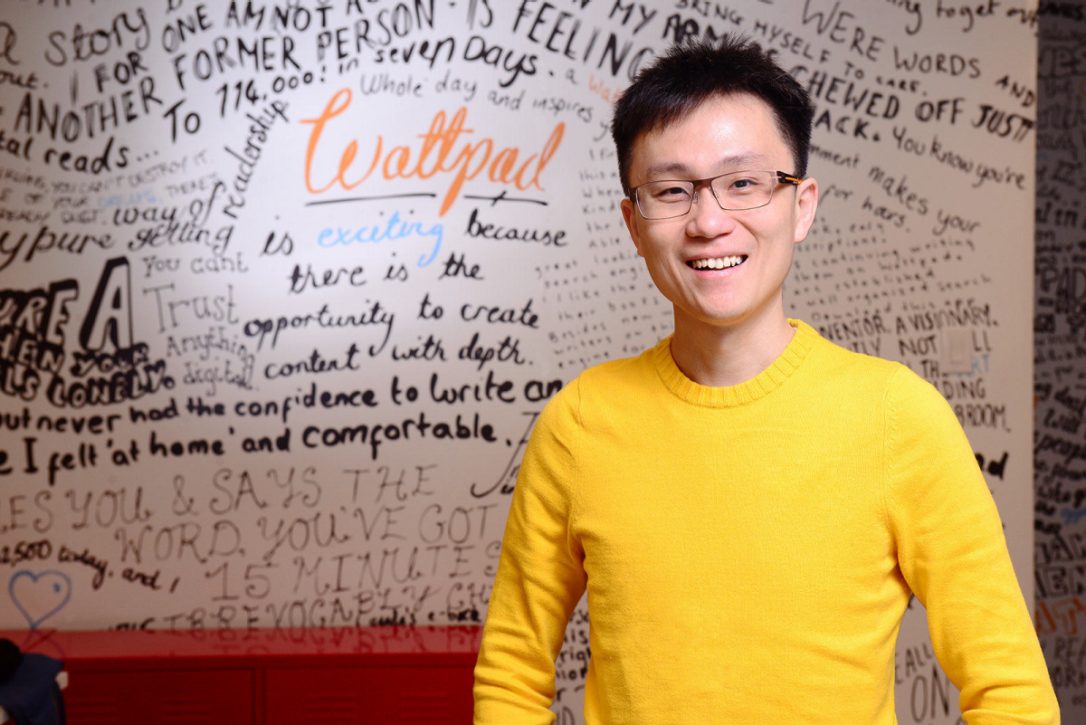 The Canadian Innovation Exchange (CIX) announced today that Wattpad has been named CIX 2016 Innovator of the Year.

Wattpad is a free app that allows its users to discover and share stories. More than 45 million people around the world use the platform to find entertainment that matches their interests. Wattpad stories are serialized and the entire community participates in the storytelling process through comments, messages, and multimedia.

In June, Wattpad announced a deal with Turner to help generate ideas for shows on Turner networks, starting with the upcoming Tales from the Crypt revival.

The CIX Innovator of the Year Award is given annually to a Canadian company that disrupts and transforms an industry in profound ways. Past recipients of the Award have included Desire2Learn, Vision Critical, and Shopify.

Golden Venture Partners and Omers Ventures are investors in Wattpad and share in the excitement of this award.

“We are building the next major entertainment giant right here in Canada,” said Allen Lau, CEO of Wattpad. “To accept this award in our tenth year as a company is a truly humbling experience that validates the work we do to transform how people around the world create and share stories.”

Allen Lau, will accept the award on behalf of Wattpad and share his story and insight at CIX on November 22.

From Launching a Startup to Leading a Company: How to Master the Role of CEO at Every Stage

Read all
The Next Great Place to Expand your Fintech Business

#CIX #Startup News #Toronto #Waterloo #Wattpad
StartUp HERE
PARTNERS
Tweets by startuphereTO
Tweets from @startuphereTO/suhto-partners
“In Toronto, Bombardier manufactures business and commercial aircraft and relies on the diversified, local regional supply chain. We work with more than 70 suppliers located in the Greater Toronto Area and we benefit from a variety of expertise going from complex machining to systems integration.”

Graham Kelly, Vice-President, Global Operations & Toronto Site, Bombardier Aerospace
“I think it’s an attractive place to come for talented people, it's a huge market for creative people and I think there are some companies emerging that give people hope that it can be done here.”
Mike McDerment, CEO/Co-Founder, Freshbooks
"A culture of collaboration is really at the heart of what’s next in innovation. What’s exciting in Toronto is that we have local and international businesses partnering with the startup ecosystem and increasingly with the academic community to position themselves for success in the future. And it’s happening across the spectrum from digital media and information technology, to life sciences and healthcare, energy solutions and social innovation.”

Paul Rowan, Co-Founder and VP Inspiration, Umbra
“The scale and quality of meet-ups and conferences and speaking events have gone up dramatically. You don’t need to leave Toronto to build a successful company.”
Evgeny Tchebotarev, Co-Founder, 500px
"Startups in Toronto benefit from support at every stage. From the very early stage we have incubators, accelerators and seed stage investors. In the growth stage, we have funders willing to invest a lot of money to really help a company take-off. This gives tech companies in Toronto a huge advantage.”
Allen Lau, CEO & Co-Founder, Wattpad
"Toronto is emerging as a technology hub and attracting increased investment, including ours, because of forward thinking government and amazing access to technology, an incredible talent pool and leading educational institutions, as well as industries and markets in healthcare and financial services.”

Dr. Rick Huijbregts, Vice-President, Industry Transformation, Cisco Canada
“Something that makes Toronto truly unique is that willingness to share and communicate with people very openly inside the industry looking at the global pie as something we can all co-create and achieve together.”
Satish Kanwar, Director of Product, Shopify
/