Home
Close Menu
Get Social with Us
Blood Pressure Monitoring Could be as Simple as a Selfie, Canadian Researcher Says

Blood pressure monitoring and other health diagnostics could one day be as simple as taking a smartphone selfie, according to a Canadian researcher. But while a new study shows the technology's potential, privacy experts are urging caution about the collection of personal health data. (Supplied by Nuralogix)

Blood pressure monitoring and other health diagnostics could one day be as simple as taking a smartphone selfie, says a Canadian researcher.

According to a recent study led by Kang Lee, a developmental neuroscientist and professor at the University of Toronto, recording selfie-style video footage of different faces through a new app can reliably determine someone's blood pressure.

“The most exciting part of this technology is that we spend so much time on our phones … one of the things a smartphone can do, and is very smart about, is telling you about yourself,” Lee says.

That diagnostic power is all thanks to technology called “transdermal optical imaging,” he explains.

When a light source penetrates the surface of our skin, it hits two kinds of proteins: melanin, a dark pigment that gives skin its colour, and hemoglobin, the protein in red blood cells that carries oxygen throughout the human body.

Light bouncing back from the hemoglobin can be transmitted to software that determines how the blood flow in someone's face goes up and down, revealing their blood pressure and other information about their health, Lee continues.

His team worked with Chinese researchers at Hangzhou Normal University and Zhejiang Normal University to study the technology's potential by asking more than 1,300 participants in Canada and China to take two-minute videos of their faces on an iPhone with the app.

Then, they compared the data by testing the subjects with the traditional method — a blood pressure cuff.

“We're teaching the machine to learn from your blood flow to predict what's being measured on your upper arm,” Lee says. “By doing this multiple times, we're able to build a computational model that's accurately predicting what your blood pressure actually is.”

The study followed these training and testing rounds with a third round of subjects who only used the app, he adds.

The researchers found the app's measurements were around 95 per cent accurate, according to the findings published in August in the American Heart Association journal Circulation: Cardiovascular Imaging.

While the study lacked subjects with very fair or dark skin tones, and those beyond the normal range of blood pressure, Kang's team plans to keep testing the software's possibilities.

He's also developing a user-friendly version of the app, dubbed Anura, which he hopes will one day allow people to measure their blood pressure, heart rate, body mass index, and other health metrics through just a 30-second selfie.

That could be welcome news to anyone with dangerously high blood pressure, which affects at least one-in-five Canadian adults, according to Statistics Canada.

But health and privacy experts say the rise of data-based apps — be it fertility trackers, or DNA analysis software like 23andMe — also raises concerns.

When people receive information about their health status from an app, there's generally no clinician around to interpret it, notes Toronto-based family physician Dr. Peter Lin.

“They get these results, they don't know what the numbers mean, and then they start panicking,” he says.

It's also important to know who has access to your private information, Lin adds.

“Imagine if some very sensitive health-related data got into the hands of your employer or your insurer, and you didn't know about it,” echoes Ann Cavoukian, executive director of the Toronto-based Privacy & Security by Design Centre. 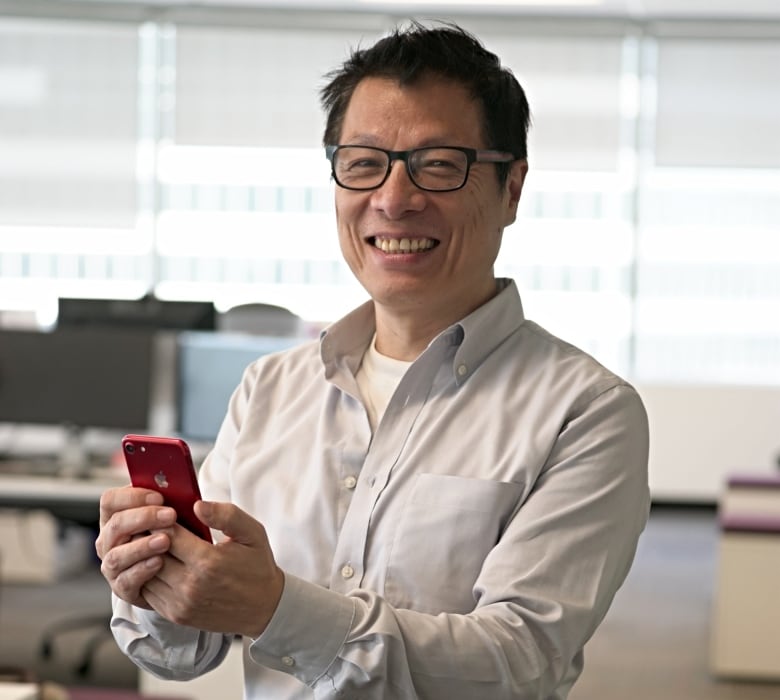 According to a recent study led by Kang Lee, a developmental neuroscientist and professor at the University of Toronto, recording selfie-style video footage of different faces through a new app can reliably determine someone's blood pressure. (Grant Linton/CBC News)

Christo El Morr, associate professor of health informatics at York University, says users always need to verify if health apps are legitimate — and find out who's collecting the health data and what it's being used for.

In the case of Anura, which is being developed through a Toronto artificial intelligence start-up called Nuralogix, Kang says privacy was a concern “from day one.”

The only health information sent into the cloud for data-crunching is someone's blood flow, with no name attached, he says.

Kang also believes the health benefits could outweigh any downsides, noting the app's potential for personal use and for telehealth purposes in remote Canadian communities if it's eventually approved by Health Canada.

“The preventative care and medicine will make life better — and save a lot of costs,” he says.

CanHack: Why Young Innovators Should Consider a Future in Cybersecurity

#HealthTech #MedTech
StartUp HERE
PARTNERS
Tweets by startuphereTO
Tweets from @startuphereTO/suhto-partners
“The scale and quality of meet-ups and conferences and speaking events have gone up dramatically. You don’t need to leave Toronto to build a successful company.”
Evgeny Tchebotarev, Co-Founder, 500px
“Something that makes Toronto truly unique is that willingness to share and communicate with people very openly inside the industry looking at the global pie as something we can all co-create and achieve together.”
Satish Kanwar, Director of Product, Shopify
“In Toronto, Bombardier manufactures business and commercial aircraft and relies on the diversified, local regional supply chain. We work with more than 70 suppliers located in the Greater Toronto Area and we benefit from a variety of expertise going from complex machining to systems integration.”

Dr. Ilse Treurnicht, CEO, MaRS Discovery District
“I think it’s an attractive place to come for talented people, it's a huge market for creative people and I think there are some companies emerging that give people hope that it can be done here.”
Mike McDerment, CEO/Co-Founder, Freshbooks
"If you come to our studio and take a look at the people sitting around the table discussing ideas, they’re from almost every part of the world. I think it has really helped Umbra create an international style.”