Home
Close Menu
Get Social with Us
“Oh the Places They’ve Been”: Celebrating Intrapreneurial Journeys

“Oh the places you’ll go! There is fun to be done! There are points to be scored. There are games to be won. And the magical things you can do with that ball will make you the winning-est winner of all.” ― Dr. Seuss, Oh, The Places You’ll Go!

On Tuesday, March 28 at the Centre for Social Innovation “Garage”, 18 inspiring students walked down a rainbow carpet to the end of one journey and the start of the next. 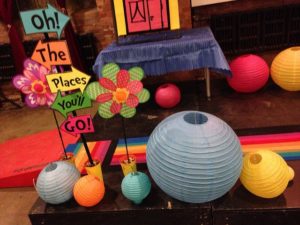 Fellowbration decorations reflect the optimism of the evening

Affectionately known as “Fellowbration”, the theme of the 2016-17 Social Intrapreneur Fellowship graduation was the whimsical Oh the Places You’ll Go, a much beloved Dr. Seuss masterpiece. In a venue cheerfully bedecked in optimistic hues, hot air balloons, and truffula trees, students were awarded their Fellowship certificates and new identities as SSE alumni.

Friends, family, mentors, and other well-wishers cheered the students’ accomplishments. Also present in the audience were about a half dozen alumni from prior SEF and SIF cohorts.

The graduating class nominated three students to represent them during the ceremony: 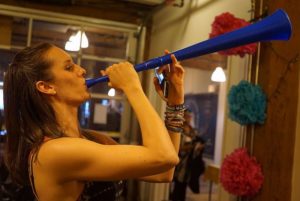 Calling the ceremonies to order, Corey spoke movingly of her time as an intrapreneur in a social enterprise and the value of finding a community of like-minded changemakers.

Nagrani spoke about coming into SIF with a workplace project idea only to realize, over time, that her project had been herself and her own development as a leader.

Rounding out the evening, Mclaughlin described taking a similar journey to his classmates, pausing to thank the many mentors, volunteers, program partners, and staff who had made the SIF program a success. 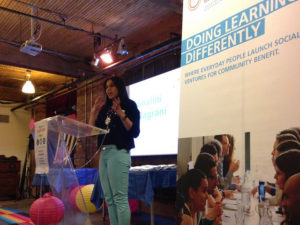 SIF 2016-17 represents the second cohort of the Social Intrapreneur Fellowship, a program funded largely by the Ontario Trillium Foundation with additional support from RSA Canada. Joining the festivities was RSA’s Senior Vice President for Human Resources, Mark Edgar, who announced that RSA was renewing its financial and in-kind sponsorship of SSE for 2017.

The evening’s attendees were also treated to an outstanding keynote speech by Bindu Dhaliwal, Director of Environmental, Social and Governance (ESG) for BMO. Introducing Dhaliwal, SSE Ontario Director of Business for Good, Chryssa Koulis, remarked: “When SSE decided to launch the Canadian chapter of the League of Intrpraneuers, we conducted a national search for role models among the country’s leading social intrapreneurs. Bindu’s name emerged quickly and repeatedly. In addition to being a brilliant legal mind and member of the business community, she has also pushed tirelessly for a more just world.” 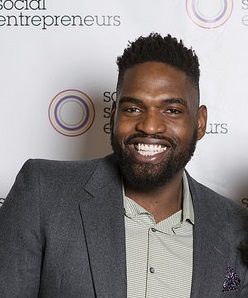 In addition to her role at BMO, Dhaliwal co-chaired the Legal & Compliance Diversity Council, and served as the Acting Executive Director of Street Kids International. She has also won numerous awards for her contributions, including the 2015 South Asian Bar Association and the Top 10 30-somethings by the Association of Corporate Counsel. In 2000, she won a Governor General’s Award for her contribution to the goal of equality for women and girls in Canada.

Tracing her winding professional journey from camp counselor and classroom door monitor to her current role at the Bank, Dhaliwal spoke eloquently about the challenge of finding one’s way. Quoting Oh the Places You’ll Go, a book she cited as a personal favourite, Dhaliwal had posed the questions of Dr. Seuss many times over her career:

…should you turn left or right…

or right-and-three-quarters? Or, maybe, not quite?

Or go around back and sneak in from behind?

Simple it’s not, I’m afraid you will find,

For a mind-maker-upper to make up his mind.

Intent upon bringing positive changes to the world and leading a fulfilling career, Dhaliwal sought the perfect job until she realized that “change could come in many forms and in many places.” Being invited in 2015 to join and help launch the League of Intrapreneurs Canada, Dhaliwal realized that the “dots” of her life in non-profit organizations and corporate social responsibility had been stops along “long wiggled roads” of an exciting intrapreneurial journey.

No doubt in the mind of the audience, the road for Dhaliwal and other social intrapreneurs leads to the “bright places where Boom Bands are playing.” Congratulations to all the graduates! 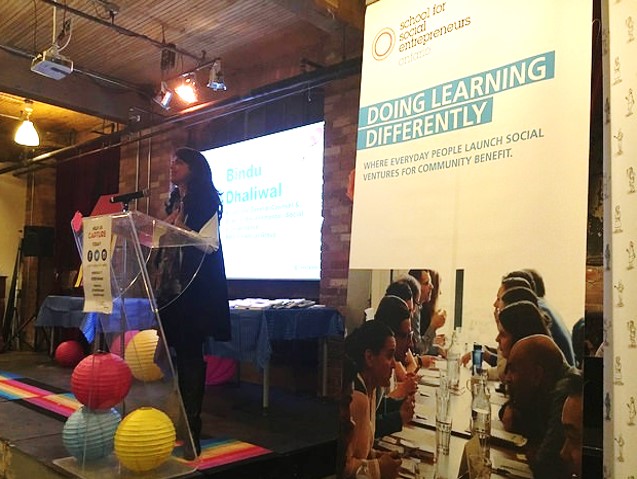 If you couldn’t make it, click here to view photos of the evening.

Read all
Communitech: Work in Tech | Work on what you Love !

Communitech: This is Tech Jam | March 4

#Social #Social Entrepreneurship #Students
StartUp HERE
PARTNERS
Tweets by startuphereTO
Tweets from @startuphereTO/suhto-partners
“In Toronto, Bombardier manufactures business and commercial aircraft and relies on the diversified, local regional supply chain. We work with more than 70 suppliers located in the Greater Toronto Area and we benefit from a variety of expertise going from complex machining to systems integration.”

Graham Kelly, Vice-President, Global Operations & Toronto Site, Bombardier Aerospace
"Startups in Toronto benefit from support at every stage. From the very early stage we have incubators, accelerators and seed stage investors. In the growth stage, we have funders willing to invest a lot of money to really help a company take-off. This gives tech companies in Toronto a huge advantage.”
Allen Lau, CEO & Co-Founder, Wattpad
“Something that makes Toronto truly unique is that willingness to share and communicate with people very openly inside the industry looking at the global pie as something we can all co-create and achieve together.”
Satish Kanwar, Director of Product, Shopify
“The scale and quality of meet-ups and conferences and speaking events have gone up dramatically. You don’t need to leave Toronto to build a successful company.”
Evgeny Tchebotarev, Co-Founder, 500px
"Toronto is emerging as a technology hub and attracting increased investment, including ours, because of forward thinking government and amazing access to technology, an incredible talent pool and leading educational institutions, as well as industries and markets in healthcare and financial services.”

Paul Rowan, Co-Founder and VP Inspiration, Umbra
“I think it’s an attractive place to come for talented people, it's a huge market for creative people and I think there are some companies emerging that give people hope that it can be done here.”
Mike McDerment, CEO/Co-Founder, Freshbooks
"A culture of collaboration is really at the heart of what’s next in innovation. What’s exciting in Toronto is that we have local and international businesses partnering with the startup ecosystem and increasingly with the academic community to position themselves for success in the future. And it’s happening across the spectrum from digital media and information technology, to life sciences and healthcare, energy solutions and social innovation.”