This week, Y Combinator held its Summer 2019 Demo Day and this time 11 Canadian startups participated in the seed accelerator program.

YC’s summer 2019 cohort was comprised of 197 companies overall, which pitched to investors over the course of two days. The 11 Canadian companies mark the second largest group of Canadians to ever participate in YC; the record was set in YC’s winter 2018 batch, which included 12 Canadian startups.

From a breathalyzer for cannabis to college financing and coding, here are 10 Canadian or Canadian-founded startups that participated in Y Combinator this season. BetaKit has agreed to keep one of the startups off the record as they remain in stealth mode.

Based in Victoria, British Columbia, Cuboh is a platform that integrates delivery services like Grubhub, SkipTheDishes, and Doordash. It allows restaurants to consolidate their various app delivery services and POS systems on one dashboard, as well as view metrics and analytics. According to Cuboh, users can “86 [get rid of] items, accept, reject, refund, and remark items all in real-time, regardless of which delivery platform they come from.”

Cuboh was founded in late 2017 by CEO Juan Orrego as an analytics platform for restaurants. In August 2018, Sinan Sari joined on as a co-founder, and, according to BC Business, the two turned Cuboh into the subscription platform it is today.

Orrego said that since starting YC, Cuboh has grown by 300 percent from $120,00 in annual recurring revenue (ARR) to $360,000 ARR. He also stated that Cuboh already has customers in Canada, the US, and Hong Kong.

Juno College of Technology, formerly HackerYou, also participated in the most recent YC cohort. Founded by Heather Payne, the coding school announced in June that it had been chosen for YC’s summer batch. This followed just months after adopting a new Income Share Agreement (ISA) tuition model.

Some US-based coding schools also offer similar payment options, including Lambda School, which Payne made note of in her Demo Day pitch. She argued that the ISU is the only similarity between the two, stating that “[Juno] will always be more profitable than Lambda School” for three reasons: it offers 100 percent in-person courses compared to Lambda’s 100 percent online, Juno’s 87 percent student placement rate compared to Lambda’s 86 percent, and its nine week programs versus nine months as the US school. 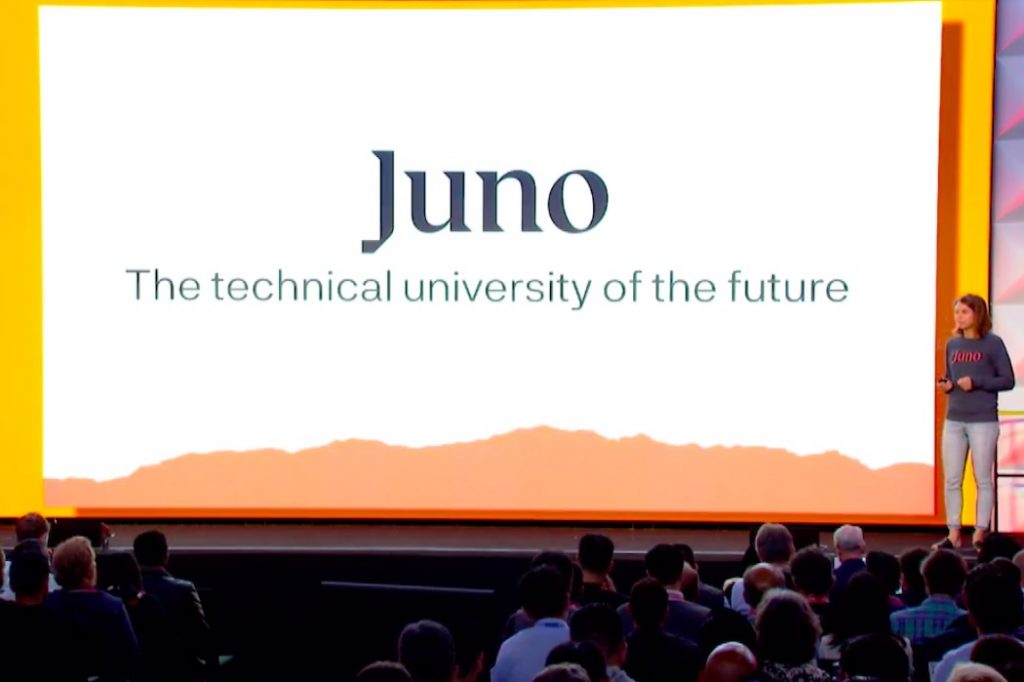 The CEO also stated that Juno recently bought a 12-acre campus, where it plans to train 2000 students. The coding schools also has plans to build five campuses overall that would serve 20,000 students. Payne noted that at $10,000 in tuition Juno is set to build to $10 billion in revenue. She also stated that Juno is set to hit $3 million in revenue this year.

Notably, Payne was also the only female founder in the group of Canadian companies that pitched at YC Demo Day.

ScholarMe, another college-focused startup, also took the stage at YC Demo Day. The startup offers an app that helps students apply for college and university financing all through one application.

With more than $24 million in qualified loans through its platform since it started YC, ScholarMe allows students to apply for government and school aid, scholarships, loans, and ISAs. While ScholarMe is a US-based startup, it is co-founded by Evan Farrell, a Carleton University software engineering graduate, who founded his own scholarships platform in 2016 and later joined ScholarMe in 2018, bringing his Scholarly platform in-house at the new startup.

CoLab Software, based in St John’s, Newfoundland and Labrador, announced in May that it had been the first Atlantic Canada startup to be accepted into Y Combinator’s accelerator program.

Founded in 2017, the startup has created a cloud-based tracking and design management platform designed specifically for mechanical systems and product design teams to reduce the amount of time wasted on poor communication during the design lifecycle.

While CoLab touted itself as the first Atlantic Canada startup in YC, it was soon joined by Sequence Bio, a Newfoundland and Labrador-based biotech company.

Also headquartered in St. John’s, Sequence Bio is looking to “improve how we treat diseases and develop medicines.” It operates the NL Genome Project, researching “the one-of-a-kind genetic makeup” of the province in order to discover “better and safer medicines.” 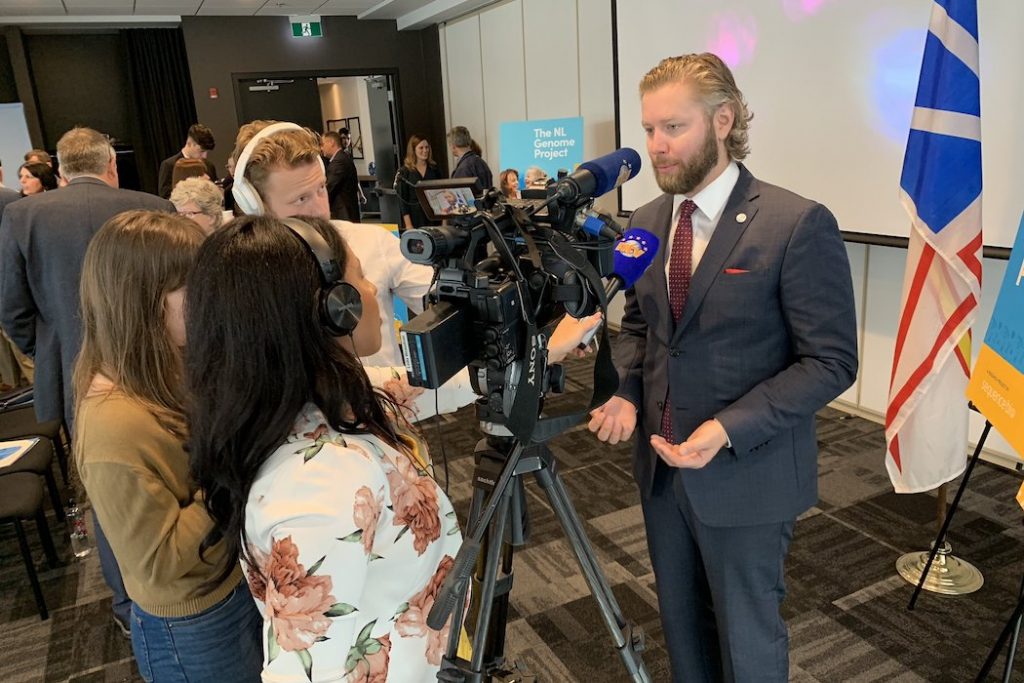 “Newfoundland and Labrador’s founder population and unique history make it one of the best unexplored cohorts in the world,” Sequence Bio explains on its website. “Coupled with a high rate of complex and inherited diseases, we have the unique opportunity to identify some underlying differences that may affect disease and health. With this information, we see incredible potential to make a difference in the lives of people in Newfoundland and Labrador and around the world.”

The NL Genome Project is a large-scale genomics research study that is researching DNA through saliva samples, as well as the medical information of 2,500 volunteers in Newfoundland and Labrador. The project is currently in its pilot phase.

Toronto-based Together, is a software platform that helps companies create, manage, and measure employee mentoring programs. According to the company, it looks to make it easy to run mentoring programs at scale.

“This is such a burning problem that 84 percent of our customers come inbound through mobile,” said Together co-founder Matthew Reeves, noting that the company currently works with 25 enterprise customers.

Founded by Reeves and Nathan Goldstein in 2018, the platform manages the entire mentorship lifecycle from registration to reporting. It also “actively” supports the mentorship process, encouraging mentors and mentees to adopt best practices. Together claims that the process also “drives results in employee retention and productivity.”

SannTek Labs is a University of Waterloo startup that is developing what it called the “first-ever” breathalyzer for cannabis.

“The reason why there is no breathalyzer for cannabis today is because the concentration of cannabis in your breath compared to alcohol is 20 million times smaller, so detecting that is technically hard to do,” co-founder Noah Debrincat told the YC Demo Day audience. “[However], we’ve invented sensors that actually detect cannabis in breath.” 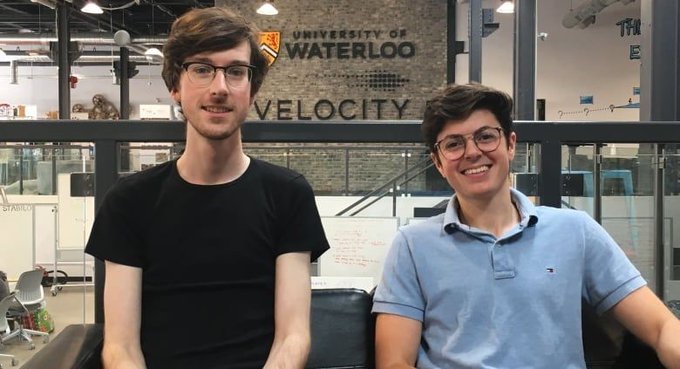 The new style of breathalyzer can detect blood-alcohol levels and also determine how much cannabis a person has smoked or consumed with the past 3 to 4 hours.

Based in Kitchener, the startup was founded by University of Waterloo nanotechnology graduates Debrincat and Thomas Dunlop. While Canada recently legalized cannabis federally, SannTek is looking to market its device to US law enforcement.

The startup was founded in 2016 by Chris Kyras and Wenjun Zhu, with the goal of innovating the retail industry with a tech solution that integrates “shop sharing with showrooming.” Matagora partners with local businesses to fill areas of their store with online brands, offering full, pop-up, and showcase spaces. 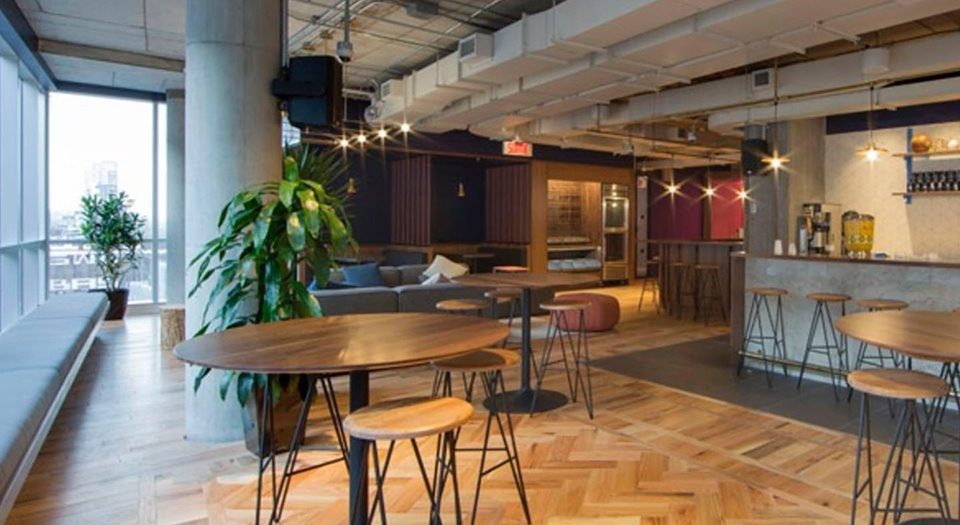 Matagora does not own any of the spaces on its site, but acts as a marketplace to find locations. Source: Matagora FB

It partners with local retailers, as well as spaces like WeWork and Cafe OSMO. It currently offers 36 different spaces in Montreal and nine spaces in San Francisco.

Hatchways is a Toronto-based startup offering a platform for new grads, newcomers, and “career shifters”
looking to find software engineering jobs. The startup qualifies and matches candidates with paid work placements that are meant to help them discover those jobs in tech.

The startup was founded by two former Kik engineers, Jaclyn Ling and Shums Kassam. According to TechCrunch, Hatchways is also looking to offer job placements to workers looking to get into finance as well.

#CoLab #Cuboh #Demand Curve #HackerYou #Hatchways #Juno #Matagora #SannTek #ScholarMe #Sequence Bio #Together #Y Combinator
StartUp HERE
Tweets by startuphereTO
“I think it’s an attractive place to come for talented people, it's a huge market for creative people and I think there are some companies emerging that give people hope that it can be done here.”
Mike McDerment, CEO/Co-Founder, Freshbooks
“The scale and quality of meet-ups and conferences and speaking events have gone up dramatically. You don’t need to leave Toronto to build a successful company.”
Evgeny Tchebotarev, Co-Founder, 500px
“Something that makes Toronto truly unique is that willingness to share and communicate with people very openly inside the industry looking at the global pie as something we can all co-create and achieve together.”
Satish Kanwar, VP of Product, Acceleration, Shopify
"A culture of collaboration is really at the heart of what’s next in innovation. What’s exciting in Toronto is that we have local and international businesses partnering with the startup ecosystem and increasingly with the academic community to position themselves for success in the future. And it’s happening across the spectrum from digital media and information technology, to life sciences and healthcare, energy solutions and social innovation.”