OMERS Ventures has made good on its promise to expand to Europe, announcing today a €300 million ($455 million CAD) dedicated fund for the region.

The announcement comes a few short months after OMERS Ventures announced a new office in Silicon Valley, led by Michael Yang. Similar to that expansion, OMERS has staffed up to support the new office in London, adding Harry Briggs as managing partner of the European fund, with Tara Reeves as partner, and Henry Gladwyn as principle. Briggs spent six years at Balderton Capital before three years as partner at BGF Ventures (where Gladwyn also worked). Joining as a partner from LocalGlobe, Reeves also co-founded car-sharing marketplace Turo, giving the small office institutional and operator experience. OMERS hopes to have six people in Europe by the end of the year, with additional operational staff to follow.

While the expansion of the venture capital arm of one of Canada’s largest pension funds into the Valley falls under the North American OMERS Ventures team (and thus its third fund), the team in Europe will be running its own fund, sole-sourced from OMERS proper.

“The vision has always been global.”
– Damien Steel,
OMERS Ventures

Speaking with OMERS head of ventures, Damien Steel, the managing partner described the decision to source the entire fund from the mothership as a luxury.

“It’s one of the luxuries of being a part of OMERS that when we went to them with our proposal, it was a really easy discussion,” he said. “The vision has always been global.”

Steel noted that every other investment group within OMERS already operates within Europe, with offices in London and Berlin. With the target venture allocation for funds like OMERS at approximately 1 percent of its total assets (sitting just shy at $100 billion), Steel considered the new fund a “healthy allocation” of the pension fund’s capital, with room to grow.

“We could have [sourced LPs] in Europe,” he said, “but I thought it was maybe premature to go out to potential partners and ask them to commit money to a new fund that’s unproven with a team that’s never worked together. I think the right way is to say, ‘look, we believe in this. Let us prove it, and then go out to partners.’”

Building a team willing and able to ‘prove it’ took time; today’s news comes almost a year after OMERS announced plans to expand into Europe and Asia. Steel attributed the lengthy process to two reasons: regulatory hurdles in setting up the fund (while operated out of London, the fund technically originates in Luxembourg), and finding the right people.

“For a new fund, the culture, the investment focus is really driven by the managing partners,” Steel said. “We spent a lot of time going through the London market to find the leader on the ground there.”

That person was Briggs, who Steel said joined the firm in October. “We spent a long time dating. Hiring any partner in a fund is such a major decision, so we really took our time.”

When asked if the sudden departure of OMERS Ventures founding CEO, John Ruffolo, in September of last year slowed the process, Steel said “absolutely not.” Stating that he had been working in the background on the search (BetaKit reported at the time that Ruffolo and the OMERS team had been scouting potential hires in the UK over the summer), “It was very easy for me to take the groundwork that had been set up and keep it going.”

And Asia? While Steel admitted that Asia is still a “big hole right now,” OMERS does have plans to address it. Currently, however, the team has its “hands full” launching Europe the right way.

“Launching new businesses takes time,” he said. “Our focus right now on new business is absolutely Europe. I’d say that Asia is probably a couple of years down the road, if I was to put it to a guess.” 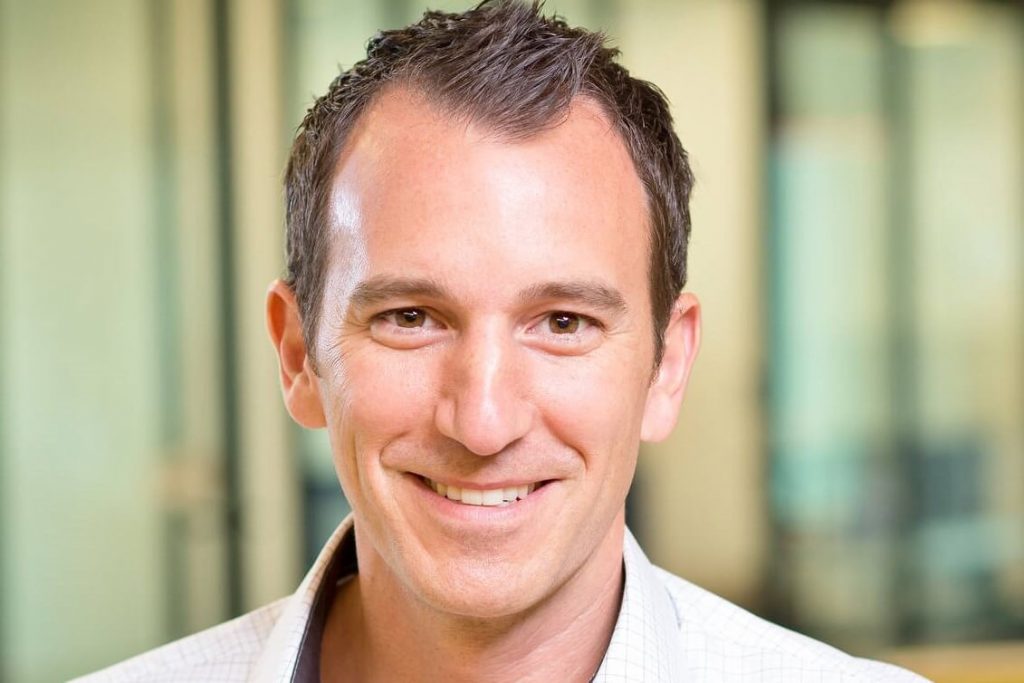 OMERS Ventures’ new Europe fund will share a similar thesis to its North American counterpart, targeting companies in the Series A to B range, with the flexibility to provide significant capital in later rounds, or back a repeat founders with a track record. Cheque sizes will be between €5m-€10m per round, and Steel indicated the fund is very close to financing its first two deals.

When factoring in conversion, the European fund is significantly larger than its North American counterpart, which Steel indicated was a step towards addressing a change in where the market is going.

While the sources of capital may be separate, Steel was excited by the functional overlap between US and European teams, whom he said are already collaborating on deal sourcing, diligence, and helping portfolio companies. That geographical collaboration has been matched by better integration with OMERS’ various other investment units worldwide.

“When we got serious about launching the European venture fund, we did talk about where to put the team,” he said. “You could argue that the OMERS offices in London are not the right location for an innovation venture fund. But everyone convinced us to be in Leadenhall and to stay close for the main purpose of promoting collaboration across the business units.”

If Steel paints a compelling picture of an integrated OMERS “global platform,” it’s also one that doesn’t feel like it could have existed in this manner year ago. When asked if Ruffolo’s departure and the resulting organizational changes (OMERS Ventures was moved under Private Equity following Ruffolo’s departure in October) contributed to the newfound integration across OMERS, Steel demurred, instead pointing to a pitch he made to the global team after taking over his new role as head of ventures.

“What I said to OMERS is if the venture fund does its job, it will drive investment returns on a billion dollars — that’s table stakes for us. But we can drive value to $99 billion. And that one statement really resonated across the organization.”

#OMERS Ventures
StartUp HERE
Tweets by startuphereTO
“The scale and quality of meet-ups and conferences and speaking events have gone up dramatically. You don’t need to leave Toronto to build a successful company.”
Evgeny Tchebotarev, Co-Founder, 500px
"A culture of collaboration is really at the heart of what’s next in innovation. What’s exciting in Toronto is that we have local and international businesses partnering with the startup ecosystem and increasingly with the academic community to position themselves for success in the future. And it’s happening across the spectrum from digital media and information technology, to life sciences and healthcare, energy solutions and social innovation.”

Paul Rowan, Co-Founder, Umbra
"Startups in Toronto benefit from support at every stage. From the very early stage we have incubators, accelerators and seed stage investors. In the growth stage, we have funders willing to invest a lot of money to really help a company take-off. This gives tech companies in Toronto a huge advantage.”
Allen Lau, CEO & Co-Founder, Wattpad
“I think it’s an attractive place to come for talented people, it's a huge market for creative people and I think there are some companies emerging that give people hope that it can be done here.”
Mike McDerment, CEO/Co-Founder, Freshbooks
“Something that makes Toronto truly unique is that willingness to share and communicate with people very openly inside the industry looking at the global pie as something we can all co-create and achieve together.”
Satish Kanwar, VP of Product, Acceleration, Shopify
/